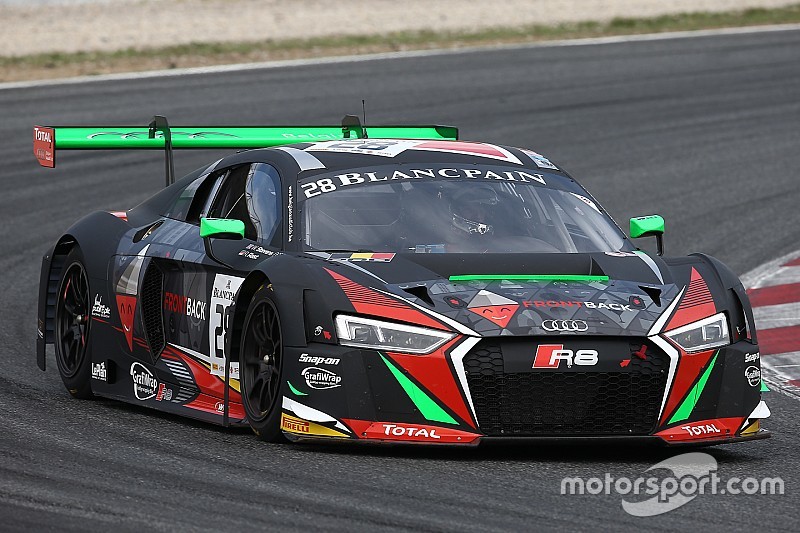 Ex-Formula 1 driver Will Stevens will continue with top Blancpain GT team Audi WRT for the 2017 season, it has been announced.

Stevens, whose F1 career comprised the 2014 season finale at Abu Dhabi with Caterham and the majority of the 2015 campaign with Manor, switched to sportscars in 2016.

He joined Audi WRT in Blancpain GT, finishing ninth in the Sprint category alongside Rene Rast despite missing his home round at Brands Hatch, and 18th in the Endurance class.

The Briton also participated in five FIA WEC races with the Manor and G-Drive LMP2 teams, winning his class at Fuji and Shanghai and taking second in the Le Mans 24 Hours.

For 2017, Stevens' teammate in Blancpain Sprint will be Markus Winkelhock, who arrives from fellow Audi team Phoenix Racing.

In the Endurance series, he will be partnered by former Audi LMP1 driver Marcel Fassler and Dries Vanthoor, younger brother of factory Porsche GT ace Laurens.

Despite receiving offers to stay in WEC - most notably with G-Drive - Stevens has chosen to concentrate on Blancpain for the 2017 season, although he hopes to race at Le Mans again as the French classic doesn't clash with any Blancpain rounds.

"I'm very pleased to be continuing my relationship with Belgian Audi Club Team WRT and to be racing the Audi R8 LMS again," said Stevens.

"I've made the decision to prioritise GT racing and specifically the two Blancpain Series this year. Both will be incredibly competitive again in 2017, but I'm really looking forward to the challenge.

"The racing will be extremely close and it requires full focus to be successful. I had several very good opportunities to also continue my career in the WEC but there are a couple of date clashes.

"For my career in the long term, I believe it’s best I concentrate on the Blancpain campaigns although I’d love to return to Le Mans, which would fit in with this year’s Blancpain calendar."

WRT team principal Vincent Vosse added: "Having shown good potential with us last year in his first GT3 season, I’m certain Will is going to do a very good job in 2017 with WRT.

"He’s totally focussed on Blancpain and ‘his’ car will be a strong performer in both the Sprint and Endurance Cup events.”

The 2017 Blancpain GT season will kick off on April 2 at Misano.

Buhk and Baumann commence their title defence in Misano