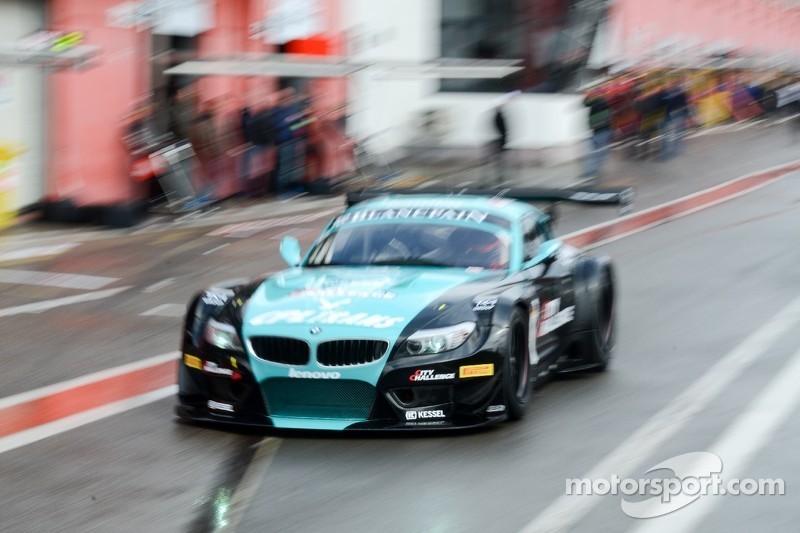 Bartels and Buurman complete the double in dramatic Championship Race 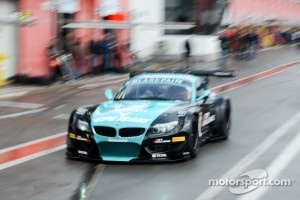 The Vita4One Racing BMW No.18 pair had also taken victory in the Qualifying Race the previous day to take 33 points from the weekend.

“It was a really awesome weekend – as good as it gets,” Buurman said. “We won from pole in yesterday’s race and then we won again today, it really has been our track.

“The high temperatures really helped us also, but perhaps it won’t be like this in Moscow and Nurburgring but here it was perfect, we were like fish in the water.”

The BMW duo’s closest rivals in the drivers’ championship – Marc Basseng and Markus Winkelhock in the ALL-INKL.COM Münnich Motorsport Mercedes No.38 - were second.

There was a frantic finale to the race after the Safety Car was deployed with six minutes remaining after the Hexis McLaren of Alvaro Parente (PRT) scattered rear bodywork on the track just beyond the T2 chicane.

The field was given just one racing lap following the Safety Car period. As the pack was released, Winkelhock pulled off a daring move on Mathias Lauda (DEU) in the No.17 BMW at the outside of T1 to snatch second place at the finish.

“The pass at the end was good for us, when we were behind the Safety Car I wasn’t sure when it was going in so I just focused on the cars in front of me and when I saw Michael (Bartels) get on the power, I immediately did also,” Winkelhock said.

“When I gained pace on the straight I realised I could get passed Mathias (Lauda) so I tried it. My mirror was broken so I couldn’t see how far ahead I was but I went for it and I went round the outside. In the end it worked out and it was absolutely a good move.”

Basseng added: “It was an incredible move from Winky. To be so brave round the outside was amazing. It was the move of a very instinctive racing driver which he certainly is.

“It’s important for us to score the points for second place in the championship. We are still second in the drivers’ championship and we lost a few points in the teams’ championship as our sister Mercedes was not so fortunate today. But we still lead the standings and we aim to keep fighting to the end of this season.”

Lauda was disappointed to lose second place to the Mercedes at the finish but happy enough to secure the first Championship Race podium of the season for he and co-driver Nikolaus Mayr-Melnhof (AUT).

“As I came out of the pit stop and was behind Michael (Bartels) I was a bit quicker because of the new tyres but there was no way I could overtake him because his pace was really good,” Lauda said.

“So I stayed behind, I was in a safe second place and I wanted to keep the race under control. It was our first podium so I didn’t want to do anything stupid and we really needed the points.

“Unfortunately the Safety Car came out. We caught up with it as we came onto the straight and I asked the team if the Safety Car was coming in this lap and they said ‘no’. It did and unfortunately I got on the power too late and the Mercedes passed me.”

Frank Stippler (DEU) and Oliver Jarvis (GBR) in the Belgian Audi Club No.33 Audi R8 LMS ultra were fourth just ahead of the second Audi of Laurens Vanthoor (BEL) and Stephane Ortelli (MON).

Vanthoor had been running strongly in fourth and in contention for the final podium spot before a drive-through penalty for a pit stop infringement halted his charge.

Vanthoor served the penalty under the Safety Car to secure fifth place.

“It was a shame to get the penalty but on the positive side at least we showed we had the pace to fight for a podium. It has been a while since we have been in that position,” Vanthoor said.

It was another disappointing race for Hexis Racing McLaren. Fred Makowiecki (FRA) in the No.1 had a spin at T1 soon after the start following a clash with Enzo Ide (BEL) in the AF Corse Ferrari No.4.

The McLaren sustained suspension damage forcing Makowiecki to retire the car at the end of the opening lap.

Gregoire Demoustier (FRA) and Alvaro Parente (PRT) in the No.2 McLaren were ninth. “It has been a horrible weekend for us, not at all what we expected,” Parente said.

“Last time we were here we were competitive so it was a big shock to find that we were not on the pace as early as Friday’s Free Practice 1.

“We have been chasing problems all weekend as it wasn’t obvious why we had no pace. We made a lot of set-up changes and we were quite a bit lost at the end to be honest.”

Explaining the incident which led to the Safety Car, Parente said: “In Gregoire’s last two laps, the diffuser broke on the car and it was terrible to drive. Eventually the back section of bodywork flew off which meant the Safety Car had to come out.

“It was my judgment to continue by I was just hanging on to the car to get to the finish.”

Toni Vilander (FIN) and Filip Salaquarda (CZE) were the best of the Ferraris in sixth place.

“Peter (Kox) made a good start to get us up to the top three. But then we had trouble at the pit stop with a wheel nut and that cost 10-15 seconds and our chances were gone,” O’Young said.

“It was a pity because at times we had some good race pace after we made some changes overnight. Realistically nobody could match the pace of the BMWs this weekend."

The AF Corse Ferrari No.4 of Enzo Ide (BEL) was also a retirement after 15 minutes also with similar issues.

Andreas Zuber (AUT) completed his opening stint in the Sunred Ford GT No.10 but due to the illness of Milos Pavlovic (SRB) that’s as far as the Ford went.

In the drivers’ points battle, Bartels and Buurman move to 121 with Basseng and Winkelhock on 105 and Makowiecki and Dusseldorp third on 82.

In the teams’ standings, ALL-INKL.COM Münnich Motorsport lead on 185 from Vita4One Racing on 166 and Begian Audi Club Team WRT move to third on 126 ahead of Hexis Racing on 107.

The seventh round of the championship takes place on 1-2 September.

A rollercoaster weekend for Pastorelli at Slovakiaring