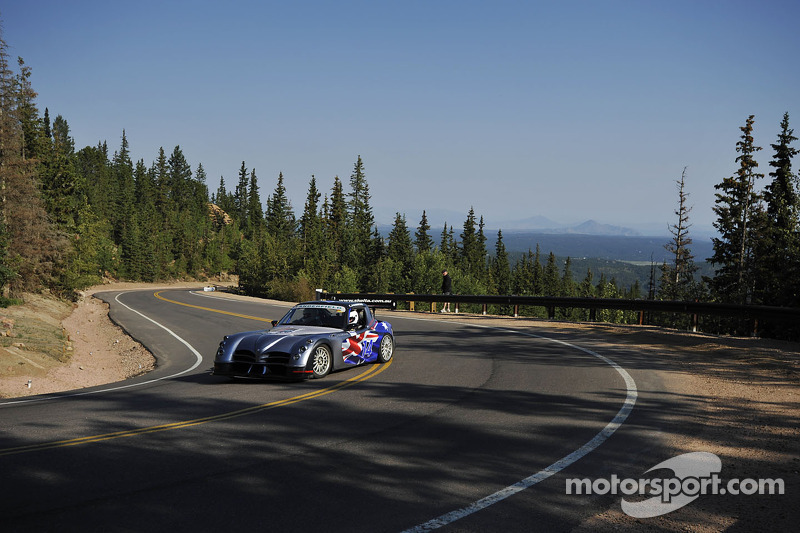 Several weeks after frightening wildfires forced a postponement of the 2012 Pikes Peak International, the world’s best-known and most challenging hillclimb has been run in Colorado, USA – and Antipodeans have left their marks.

In a crash-marred 2012 running, versatile Kiwi Rhys Millen claimed and overall victory in his hillclimb-prepared Hyundai Genesis Coupe racecar, needing only 9m 46.164s to dominate international motorsports’ most challenging ascent to the finish at 4300 metres.

Several entrants hurtled off the nose-bleed 19.99km, 156-turn climb during the weekend. Local Jeremy Foley was one driver whose mistake made news reels around the world.

Less dramatic but with a more positive outcome was the gutsy low-budget campaign mounted by Australian Jeff Denmeade and a factory supplied Queensland-built Skelta sports car.

Punching way above their weight, the New South Wales-based crew snatched third in class even though the weather turned on the Skelta within five km of the finish, turning the course into a skating rink, they still finished with a time that was faster than second place in the incredibly fast Unlimited class, Pikes Peak Hillclimb's top class. Antipodeans sizzle at Pikes Peak

But they were fast enough to earn from hardware. In only their second shot at the storied event, Denmeade and his co-driver/partner Catherine Hammond were part of a first all-Australian entry to take home a trophy. 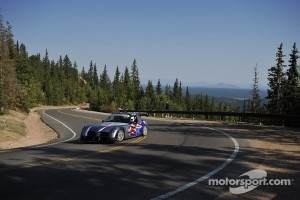 “We’re very proud to have scored a podium with the first Australian produced, designed and manufactured vehicle,” said Denmeade. “The Skelta was terrific…so beautifully balanced on a fast course when one small mistake could put you down the side of the mountain.”

In 2010, when the ‘climb was a mix of bitumen and dirt, Denmeade and Hammond contested Pikes Peak in an all-wheel-drive Mitsubishi Evo Turbo.

They then began planning to return in 2012 when the course was all-bitumen. Denmeade felt all along that the lightweight, rear-drive Skelta G-Force, powered by a supercharged four-cylinder Honda engine, would suit the snaky black-top ascent.

The changing conditions and heat throughout the week caused many retunes on the way up to practice throughout the week, with Aussie tuning legend 'Merlin', aka David Hinde, doing tuning duties on the 2:30 am 20 kilometer run up to the mountain to make sure the 100 Octane was properly in tune with the 9000 foot altitude matching engine performance.

“Just getting to the startline was a drama, especially after the massive fires last month put the event on hold and knocked a further large hole in our very small budget. It turned out to be a cranky mountain, I dont think it liked people this year”

Denmeade said the new bitumen surface near the summit caught many teams unawares, with tyres overheating and losing grip, and then the weather turning nasty. “We were looking at cracking a great time when the rain belted down, followed by snow and ice. When the rain first hit, we were on a fast off-camber right hander, that I normally take flat. This time, I chose to lift. Lucky I did, as the guy behind me in an Audi kept his foot into it and slid off, barrel rolling over the rocks."

Denmeade said there were about eight or nine red flag periods, when officials had to intervene for crashes.

“We’re very happy about our effort; we got to the top in one piece. And got a trophy for third.”