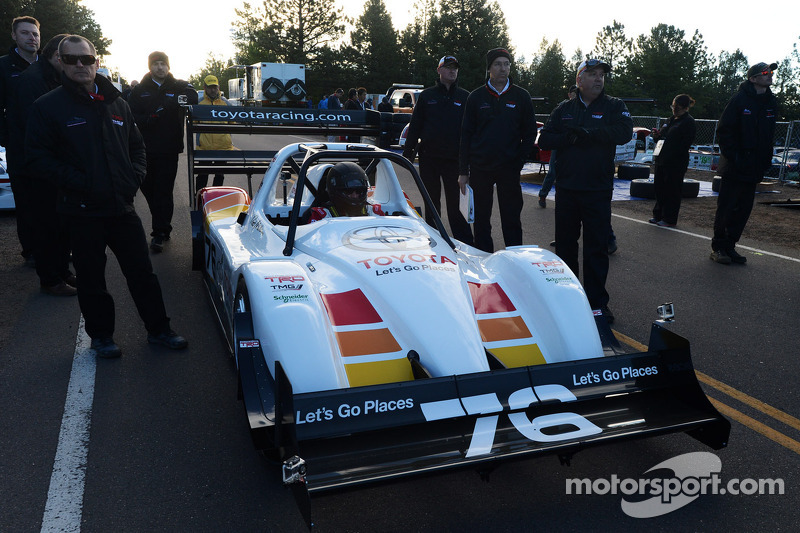 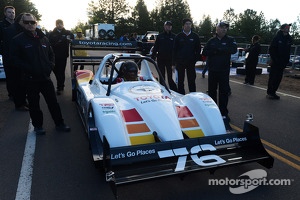 "We're encouraged by all the work that we've done," said Millen, who set the overall record at Pikes Peak that stood for 13 years in 1994. "If you look at our practice times, we're considerably faster than the car was last year, so we're very optimistic. In addition, we've made some improvements to the car over last year. Our goal is to set a new record in the Electric Class."

Engineers at TMG's electric vehicle technology center in Cologne, Germany have made substantial improvements to the electric powertrain. Speed and torque have been increased while the powertrain's operating parameters have been tuned to better suit the challenge of the unique 12.42- mile, 156-turn Pikes Peak course. The Toyota TMG EV P002 now delivers 544 horsepower and 885 lbs. of torque.

Since arriving in the United States last month, engineers at TRD have performed aerodynamic and other upgrades to the Radical-based chassis. With a three-fold increase in downforce and new carbon ceramic braking system, combined with the electric powertrain upgrades, the TMG EV P002 is ready to defend its Electric Class title.

"The vehicle is very unique," saidMillen. "Of course, it's only got one gear and it does have a lot of torque. We've been practicing at the mountain and you can't do multiple runs like some of the other guys can -- they can just come back down and top off with gas and go up and do another run -- we need more time to charge the batteries, but it is definitely a unique powertrain.

"I've thought for a long time that there's a possibility that an electric car could do well at Pikes Peak given the duration of the race it was quite feasible with an electric car," explained Millen. "Running an internal combustion engine car at Pikes Peak, as you climb the mountain you tend to lose horsepower, so those issues not being apparent for an electric car, I've always thought that was great. When TRD did call and said, 'Would you like to be in the car?' I said, 'Absolutely.'"

Millen, a nine-time title winner at Pikes Peak, set the overall event record (10:04.060) in 1994 in a Toyota Celica Turbo GT, and his mark stood for 13 years before being broken. His background and history at Pikes Peak makes this an important event to Millen.

"I think what makes it unique and a little special for me is I started my motorsports career in New Zealand doing hill climbs and moved on to doing other forms of motorsports, but perhaps like a lot of things you do for the first time it's always a great memory," said MiIlen. "Over the course of the years, I had read about Pikes Peak as a young kid and perhaps being the ultimate hill climb and never did I ever realize that one day I would hold the overall record. You could sort of say it has a special place to me in my motorsports career."

After setting the overall event record in the Unlimited Class with Toyota in 1994, Millen would go on to claim four additional Unlimited titles with Toyota from 1996 to 1999 in a Celica Turbo GT and Tacoma race truck.