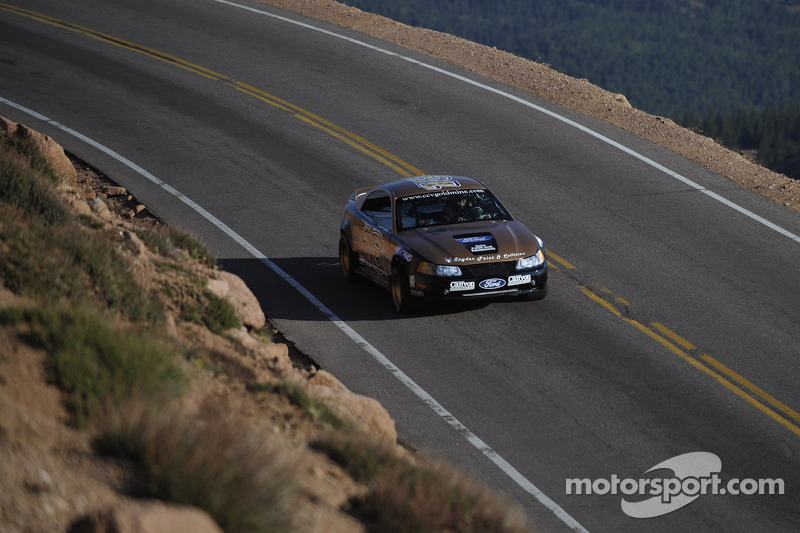 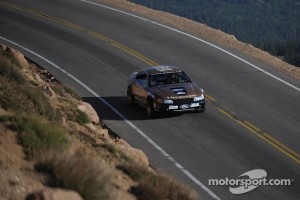 Two autos and two motorcycles cracked the ten-minute mark, and veteran Rhys Millen set a world record and course mark with his blistering 9:46.164 in winning the Time Attack Division, just moments after French driver Romain Dumas eclipsed the old mark with a 9:46.181 in the Pikes Peak Open.

Ducati racer Carlin Dunne and teammate Greg Tracy smashed the Peak’s motorcycle records in the 1205cc Division, with Dunne ripping of a 9:52.819 to runnerup Tracy’s sizzling 9:58.262.

The division was contested on a shortened course due to snow, hail and rain at the summit late in the day, forcing officials to move the finish line almost 3,000 feet farther down the course to avoid the elements.

Schranz, one of the most respected and decorated drivers in the event, was the 1997 Rookie of the Year and had battled Clint Vahsholtz for top honors in the Super Stock Car division almost every year since 2001 in his GEICO-sponsored autos.

Going into Sunday’s race, Clint Vahsholtz had won 16 of the last 17 Super Stock Car titles, while Leonard had claimed seven titles himself in the division.

After two days of hearings and interviews with the drivers and race officials, the Board of the Pikes Peak International Hill Climb acknowledged errors in the ruling procedures involving the special equipment on the auto driven by Schranz.

The ruling reached makes Schranz the winner in the Super Stock Car “Modified” Division, with his full winning purse and trophy.

Clint Vahsholtz has been declared the winner in the Super Stock Car division and Goeglein second, with their purse winnings and trophies.

“It was unfortunate that this issue clouded the end of one of the greatest days in the history of the Pikes Peak International Hill Climb,” said Board Chairman Tom Osborne.

“The protest involved two of the most respected families and drivers in the history of the race, and the decision we reached today recognizes that tradition and the way in which they have conducted themselves for years during the Race to the Clouds.”

Osborne promised that the Race Committee and Board will review the rule book closely in the months ahead in order to prevent another incident of this nature.