Actor to compete in Continental Tire Challenge at Daytona 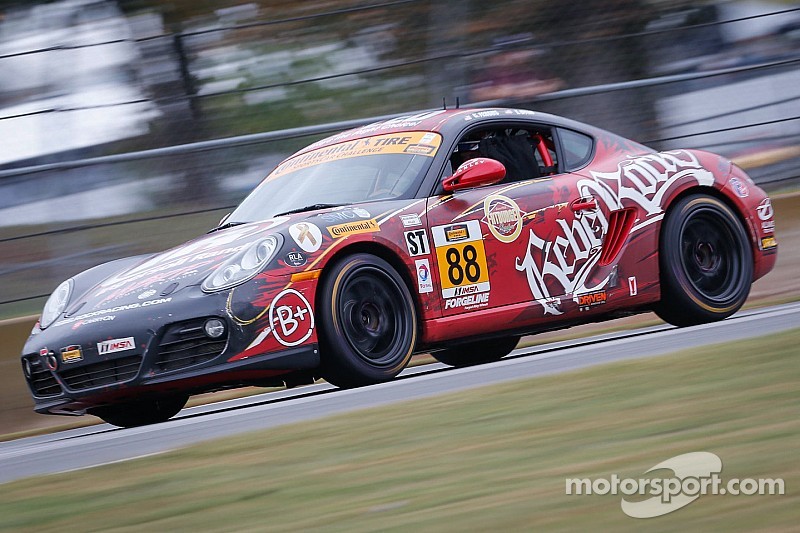 A native of Lubbock, Texas, Valdez (35) has owned 42 vehicles and competed in various forms of motorsports since age 15. The former “Trey” Mitchell of General Hospital fame, Valdez landed the recurring role of crime lord Carlito Solano on USA’s Graceland in 2014. His TV credits also include episodes of Breaking In and 90210.

In Jonsin, Valdez is teamed with a Grammy Award-winning music producer who has collaborated with numerous artists, including Beyonce, Lil Wayne, Eminem and Jamie Foxx.

“We are excited to have Erik on the Rebel Rock Racing team,” Jonsin said. “We both feel Erik can help expand the audience and bring some awareness to the sport both on and off track.”

Have you ever attended a Continental Tire Challenge event?

“I’ve seen a handful of them over the years. I was at Sebring last year, and was at the (TUDOR Championship) race at Long Beach. I’m looking forward to coming back as a participant.”

How many races do you plan on running this season?

“I’m hoping to do at least five or six. It all depends on my shooting schedule. We go back into production in February, and last year I was there all the way through August. We’ll do Daytona and try to do Sebring – I’ll drive all the way across the state if I have to – and see how it goes from there. My hope is to also do Watkins Glen because I’ve never driven it and it’s one of my favorite venues historically, COTA – I’m from Texas originally and I’ve seen every Formula One race since they opened and it seems like an amazing facility to drive – and probably (Mazda Raceway) Laguna Seca and a couple of others if we can make it all work.”

Is there any chance of doing a television show in conjunction with your racing with Rebel Rock?

“I’m exploring the possibility of doing a ‘behind the visor’ look at our racing. If you saw the Patrick Dempsey four-part documentary on racing at Le Mans, it would be in the vein of that, centered around my racing in the Continental Tire Challenge and Baja 1,000. I’d like to document my passion but also my journey.”

Did acting get in the way of a potential racing career?

“I started off as a kid wanting to race cars professionally. That was my No. 1 dream, and my second was entertainment. I raced everything from sports cars to Formula Fords to shifter karts, even working as an instructor at the Bondurant School when I was in Arizona, all the way into my mid-twenties. Long story short, in the middle of 2005 I had two opportunities to come out to California. One was to test in a Pro Formula Mazda car, Star Cars was the team at the time, and the other was to do a show called Gilmore Girls.

"They needed about $400 grand for a season of Pro Mazda – and I didn’t have that kind of commitment from sponsors, I don’t come from a rich family. Suddenly I started making money in television – not a ton right away – but I figured one of these is going to pay me something, and the other is going to drive me completely broke. So I decided that maybe I ought to divert my attention. It was a bittersweet decision, to shelve the idea of racing professionally, but in retrospect it’s probably one of the best decisions I’ve made. I’ve been able to establish myself. I’m not Tom Cruise at this point, but I’m able to make a career out of entertainment, and it’s getting me back to where it’s affording me the opportunity to get back in a race car. So I guess it worked out for the best.”

Will Daytona be your first professional race?

“Yes, it will, and it’s extremely exciting. I’ve done club races before, but this will be my first big-league pro race. I’ve been to Daytona before, but only when nobody was there. So I’ve seen the track, but I’ve never seen a race and I’ve never driven it. I’m beyond excited to be able to do that next season. I look forward to Continental Tire Challenge fans following me on Twitter, Instagram and Facebook @erikvaldez.”