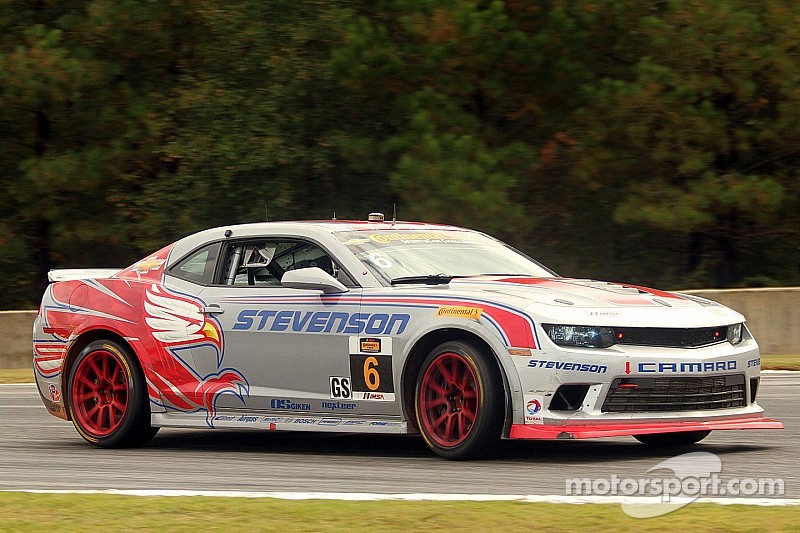 Detroit – The Chevrolet Camaro Z/28.R is back at the scene of its first victory in the Continental Tire SportsCar Challenge for the second round of the 2015 season at Sebring International Raceway. Four Camaro Z/28.Rs are set to take on the rest of the Grand Sport (GS) field Friday around a track drivers often describe as one of the toughest and physically challenging tracks in North America.

Stevenson Motorsports and Mantella Autosport each will field two Camaro Z/28.Rs for the two-hour, 30-minute race. In the first round of 2015 at Daytona International Speedway in January, both Stevenson Motorsports Camaros finished on the GS podium: Robin Liddell and Andrew Davis were second in the No. 6 Camaro Z/28.R while Matt Bell and Lawson Aschenbach were third in the No. 9 Camaro.

The season started in fantastic fashion with a second- and third-place finish at Daytona for the Camaro Z/28.R,

Davis and Liddell return to Sebring as defending race winners from 2014. The pairing led twice in their Camaro Z/28.R including the last eight laps after Liddell made a daring pass into the first turn on a restart with 30 minutes left.

The group of Camaros ran strong in last year’s race, just as they did in January at Daytona. In addition to the double-podium for Stevenson Motorsports, Mantella Autosport also impressed in its first race with the Camaro Z/28.R. The No. 8 Camaro of Mark Wilkins and Anthony Mantella placed ninth with Martin Barkey and Kyle Marcelli 12th in the Mantella Autosport No. 80 Camaro Z/28.R.

“The season started in fantastic fashion with a second- and third-place finish at Daytona for the Camaro Z/28.R,” said Lisa Talarico, Chevrolet Program Manager for the Continental Tire SportsCar Challenge. “Sebring obviously was an important event for our program in 2014. The Camaro Z/28.R showed its strength there, and we have improved it even more since last season. There are so many wildcards at Sebring including track surface, temperature and grip. It will be important for our teams to be prepared to deal with each of those challenges.”

The Camaro Z/28.R won five times during its 2014 debut season. It is based on the road-going Chevrolet Camaro Z/28, and the two share considerable traits:

The second round of the 2015 Continental Tire SportsCar Challenge is set for 1:05 p.m. ET on Friday from Sebring International Raceway. GS qualifying is scheduled for 1 p.m. ET Thursday.