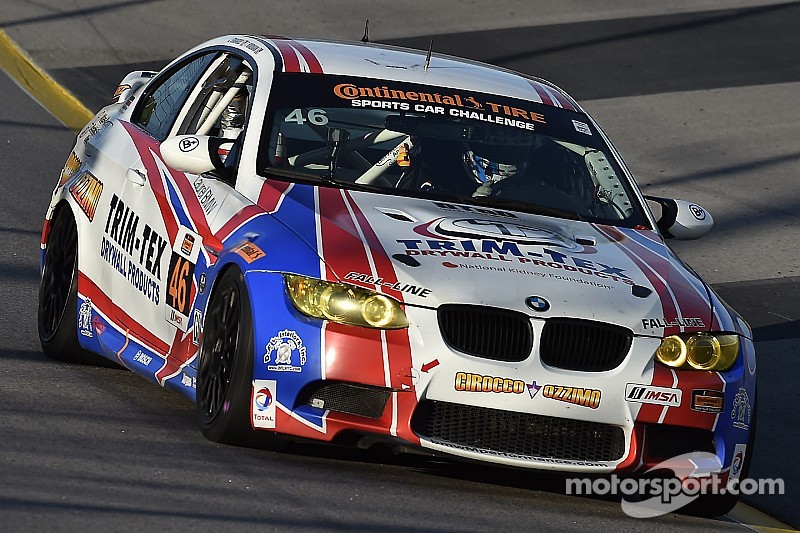 John Edwards (in photo above) and Remo Ruscitti were tasked with the unfamiliar role of qualifying Friday at Road America. Both drivers – who normally finish races in the Continental Tire SportsCar Challenge – came through by winning their first TOTAL Pole Awards in their respective classes.

“I barely missed the pole at Indianapolis, so it was a nice bit of redemption to come here this weekend and take it by a couple of tenths,” Edwards said. “It’s been a while since I sat on the pole (in GT), so it’s good to finally be back. I’ve never been on pole before the few times I’ve tried running in GS.”

Qualifying for the first time in Street Tuner (ST) competition, Remo Ruscitti waited until the final lap before capturing his first career Continental Tire Challenge pole with a lap of 2:31.178 (96.395 mph) in the No. 04 Autometrics Motorsports BBA Accounting/DE Labs Porsche Cayman.

Adam Isman – who normally qualifies – won his first career pole in the most recent race at Indianapolis Motor Speedway, one race after joining Ruscitti in giving the team its first victory in the series at Canadian Tire Motorsport Park. Ruscitti made it two in a row for the team.

“I thought we had the pace before qualifying, but I was surprised to see the Hondas being so quick,” Ruscitti said. “I really tried to put it all together at the end and I went for it on my final lap. We decided to change it up together for qualifying. Adam qualified for the first nine races this season, maybe his luck will be better finishing the races. I was leading the last race at Indy, only to have the differential break on the final lap coming to the checkered flag.”

Chad Gilsinger completed his 15-minute qualifying session thinking he won the pole with a 2:31.272 (96.335 mph) in the No. 93 HART Honda Civic Si co-driven by Michael Valiante – only to see his time beaten by the Porsche driver.

“You win some, you lose some, but I’ll still be starting on the front row,” Gilsinger said. “At least I won’t have to worry about someone in front of me making a mistake.”

A pair of Hondas qualified on the second row. Kevin Boehm was third with a lap of 2:31.917 (95.926 mph) in the No. 92 HART Honda Civic Si that will be co-driven this weekend by veteran Peter Cunningham. Kyle Gimple was fourth in the No. 75 Compass360 Racing Honda Civic Si co-driven by Ryan Eversley,