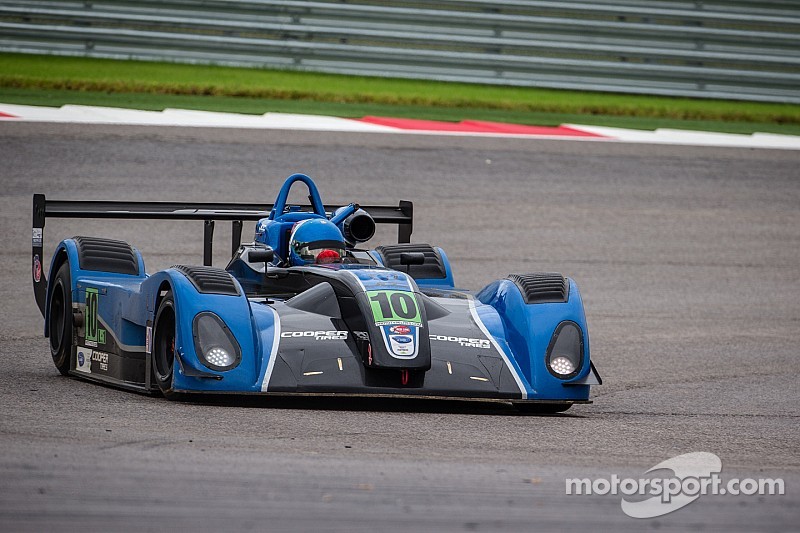 Points leader adds to his standing.

Goikhberg, from North Vancouver, British Columbia, mastered his way around the historic 14-turn, 4.048-mile circuit in the No. 10 JDC Motorsports car, claiming his sixth win in nine races this season.

The victory in the 30-minute sprint came amid multiple incidents and two full-course caution periods.

"The race had a lot of yellow flags today," Goikhberg said. "I was afraid we might not finish and had championship points on my mind. We had the pace to pass the cars in front of us without putting ourselves at high risk. It's great to get a win, and I'm looking forward to finishing the weekend on a high note tomorrow in Race 2."

Todd Slusher, from Las Vegas, stood atop the Lites 2 podium after earning his first career victory in the No. 62 ONE Motorsports entry.

"We had to navigate around a lot of debris and cars going off track, but once we got through it I said, 'OK, now it's time to go driving,'" Slusher said. "I just kept my head down, and between the various yellows I managed to get some decent lap times. Not great but good enough to keep me in the lead. I'm happy. It's my first win this season, so it's pretty cool."

Lites 2 championship leader Brian Alder finished second in the class in his No. 22 BAR1 Motorsports entry, followed by Ludovico Manfredi of ANSA Motorsports.

The green flag for Round 10 at Road America will drop at 8:05 a.m. (CT). For live updates on the 45-minute sprint, follow @IMSALive on Twitter. For live timing, visit scoring.imsa.com/prototype- lites.