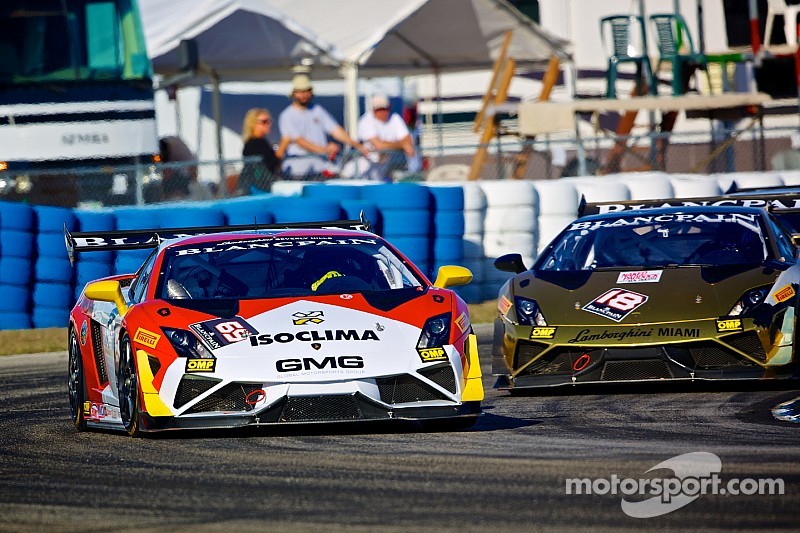 Automobili Lamborghini and the International Motor Sports Association (IMSA) have extended their partnership for the next four years, with the Lamborghini Blancpain Super Trofeo North America championship being contested under IMSA sanction through the 2018 season.

As part of the extended partnership, the 2015 Lamborghini Blancpain Super Trofeo North America event calendar was unveiled. The schedule features 10 rounds at five venues at some of the most iconic, exciting circuits in the United States. Races will take place in conjunction with IMSA's top sports car series, the most prestigious in the U.S.

Each Lamborghini Blancpain Super Trofeo North America event will feature two rounds. The season will open May 1-3 at Mazda Raceway Laguna Seca in Monterey, California. The next round will take place June 26-28 at Watkins Glen International in Watkins Glen, New York, followed by Aug. 21-23 at Virginia International Raceway in Danville, Virginia.

The season will continue Sept. 17-19 with the series' first visit to Circuit of the Americas in Austin, Texas, with the next event Oct. 1-3 during Petit Le Mans week at Road Atlanta in Braselton, Georgia.

The series ran in conjunction with IMSA events starting with its second season in 2014 and enjoyed tremendous growth, with grid sizes increasing 50 percent through the season.

Motorsport will become an even more strategic, exciting asset for Lamborghini in 2015 with the debut of the incredible, all-new Huracán LP 620-2 Super Trofeo car.

The Huracán Super Trofeo marks a new benchmark for the race series. The car was built with a clear racing concept, with every feature engineered for sophisticated high performance and compliance with the strictest motorsport safety standards.

There is increased power in the Huracán Super Trofeo, which boasts a 620-horsepower V10 engine and rear-wheel drive.

Competitors and their guests will continue to enjoy the complete Lamborghini experience at Blancpain Super Trofeo North America events in 2015, including exclusive amenities and world-class hospitality in the Lamborghini Village.

IMSA: 'A letter to our fans'