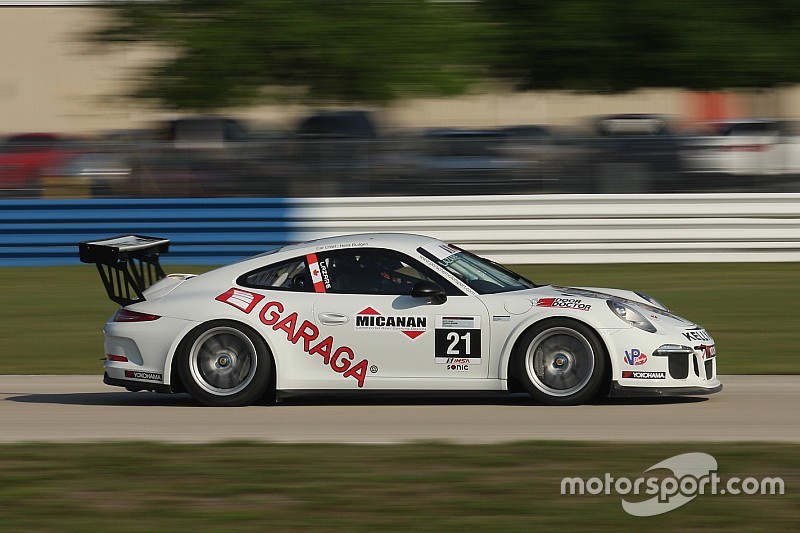 The Canadian’s victory by .413 of a second over fellow countryman Zach Robichon mirrored his win in Round 1 at Sebring International Raceway in March where he led from flag-to-flag. Today's victory was the exclamation point on his Platinum Cup championship-winning season.

"Honestly, this feels absolutely amazing because I didn't do it alone," Lazare said. "I feel so great for the team that has put in so much work all year. I've put in a lot of hours myself. It's amazing the result we achieved."

Robichon, from Ottawa, Ontario, earned his first podium finish in the USA series after winning two races en route to a third-place finish in the Ultra 94 Porsche Cup Challenge Canada by Yokohama Platinum Cup championship in the No. 78 Mark Motors Racing Porsche.

"Coming in to the season, we were looking at the Canadian championship and were excited there was a combination of two races with the Americans," Morad said. "We wanted to show them what we could do, and I think we pretty much did that.

"Even within the American series, the Canadians pretty much dominated. At the end of the year, we decided why not go for the North American Cup? It was in reach. Went to Texas, got two second-place finishes. Came here, won and finished third. We did what we needed to do."

Lazare, from Montreal, Quebec started Round 16 from pole. He had a clean start and rocketed toward Turn 1 of the 2.54-mile, 12-turn circuit. Robichon got a good jump from the third starting spot and took second position from Morad in Turn 1.

Morad stayed with Robichon through the first few minutes, but Robichon slowly pulled away from his fellow Canadian.

The field bunched together and tried to keep heat in the Yokohama tires with cooler air and track temperatures than Thursday as the safety crews worked to clean the track.

Racing resumed with 17 minutes remaining. Lazare once again had a solid start, but this time Robichon kept him in close reach. Lazare never built more than a .724-of-a-second lead.

"My car was perfect, and to see Zacharie Robichon in my mirrors at the end was really impressive on his part because I really was at my best," Lazare said. "I'm happy for him. He's come a long way this year, and he's going to be one heck of a driver."

The white flag came out with Lazare leading by .403 of a second. But as Robichon challenged him at every turn, Lazare's experience kicked in, and he held on for his 12th victory of the season. His 12 victories set a record in Platinum Cup for most wins in a season.