Just the basics in Prototype Lites, but Yount gets it done 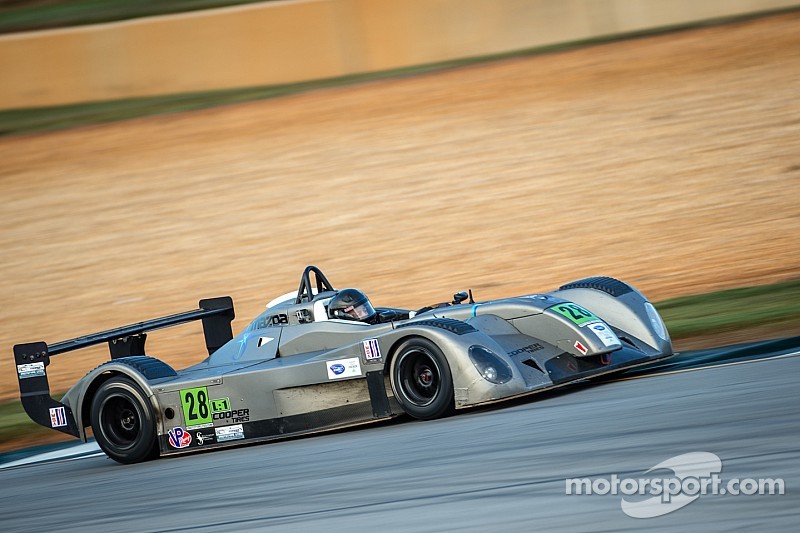 Small team has managed to hold its own against big money.

Yount Motorsports is conspicuous in many ways in the Cooper Tires Prototype Lites Powered by Mazda paddock at tracks across North America.

A dual-wheel pickup truck pulls a white box trailer that carries the team's car to each race, a minnow in an asphalt sea of colorful 18-wheel tractor-trailer transporters rival teams use to haul their race machines.

The single-car team runs a budget smaller than probably all of its competitors in the International Motor Sports Association (IMSA) Development Series. And team owner-driver Don Yount is one of the few drivers in the series who can be found in his pit morning, noon and night, unloading his trailer, changing wheels or doing whatever it takes.

But perhaps the most notable trait of Yount Motorsports is something that isn't carried in a truck or bolted to a chassis.

"I think the big thing is we get approached every race at the paddock, someone comes up to our team and says, 'You guys do it the right way,' Yount said. "What they mean is that you guys are having fun. We've got smiles on our face. We're laughing.

Yount, from Dallas, has flourished this season in his first full year in the series after running part-time from 2009 through 2013. He is second in the Lites 1 Masters class, 21 points behind leader John Falb, with two rounds remaining Oct. 2-3 at Road Atlanta.

The increased commitment to the series came because of more available time. The economic recession forced Yount to devote many extra hours to his job as president and CEO of Southwest Funding, a Dallas-based mortgage bank and broker with more than 60 locations nationwide. But improving economic conditions this year gave him the time to race more often.

"It was something I always wanted to do," Yount said of racing the entire schedule in 2014. "The series was well worth the time and the effort and the money if I had the time. It was that kind of year, and we put a little bit more commitment into it. I put together a team of a couple of guys that I thought would make it fun and at the same time competitive. So we went ahead and committed."

Yount's crew has experience in Prototype Lites and other series, but all of his mechanics work at other jobs, another anomaly in the Prototype Lites paddock. The race team also has become a family affair, as Yount's father recently retired and now drives the team's truck to each race.

The common thread between Yount and his crew is friendship. They're all his buddies from the Dallas area. They're also very good at squeezing speed from a race car despite lacking some of the high-tech engineering of rival teams.

Yount started the season slowly, with two third-place finishes in L1 Masters through the first eight rounds of the season in the No. 28 Yount Motorsports car. But he has been the hottest driver in the class down the stretch, with four consecutive podiums entering Road Atlanta. Yount has scored 66 points in the last four races, more than any other driver in the class.

"We're just better prepared than we were at the beginning of the season, and we're going into the races with a different kind of preparation and with the expectations of being on the podium every time," Yount said. "The confidence of knowing we can do it, and we can, going into the races. We have the opportunity to get up at the front these days."

That opportunity also blossoms with more track time. Yount insists his rapid improvement - especially in the second half of the season - is well worth the additional time commitment required by a full season of competition.

Plus Yount and his team swell with pride a bit more at every race as they climb the L1 Masters standings against multi-car teams.

"When they can see that we can run with a big team or beat a big team at the end of the day, what they accomplished, that feels good," Yount said. "We're sitting there putting in that extra effort, but at the same time, that's what makes it fun when you can get results."

Yount's success has come amid the constant elevation of the competitive level of the series, something he observed on a part-time basis for the last five years but has seen with wide-open eyes in a full season in 2014.

"When I first got here, there were always the front-runners, the mid-pack, and then there was the back pack," Yount said. "The whole group a lot of these races (now) are front pack. There isn't that back pack.

"There's just that level of intensity and level of driving ability and level of talent that's in the series right now is just unbelievable. Some guys who were running on podiums or running up front (in the past) are running in the back. It's very, very impressive this year."

The strong season among tough competition already has spawned plans for 2015 for Yount. He wants to run the full season again next year, aiming for the L1 Masters championship, class victories and an elusive spot on the overall podium in a race.

"There's not a better series in which you can go faster, you can kind of run for the price than you can," Yount said. "It's one of those things where I had the opportunity this year and hopefully next year, too, I want to give it a full commitment.

Fans can follow the Cooper Tires Prototype Lites Powered by Mazda action this week from Road Atlanta. Live timing from all on-track sessions is available at IMSA.com, with live text commentary from all sessions tweeted @IMSALive.

DTM-Super GT 'Class One' cars 'definitely' of interest to IMSA