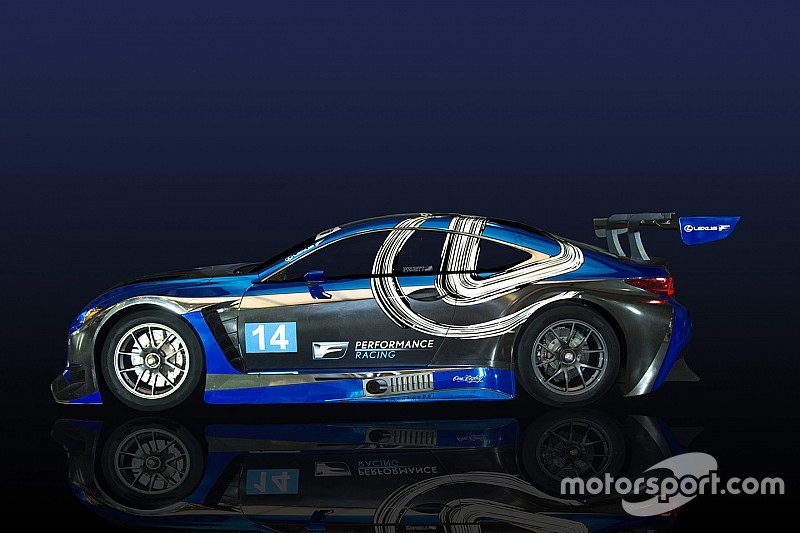 Lexus today announced its motorsports partnership with Paul Gentilozzi and newly formed F Performance Racing to field the RC F GT3 in what is assumed to be the IMSA WeatherTech Championship in select 2016 rounds.

The new race vehicle is based upon the production Lexus RC F high performance coupe that went on sale at the end of 2014.

Jeff Bracken, group vp and general manager, Lexus division stated: “A core mission of F Performance Racing was to strengthen the Lexus’ F brand by applying lessons gleaned from racing, while nurturing an engineering culture that transfers that knowledge to dynamic, high performance passenger car development. We are very excited about what this partnership and race effort can mean for the brand in the years to come.

F Performance Racing will campaign a limited schedule in 2016, its inaugural year, before tackling the full 2017/18 seasons with a multi-vehicle effort.

This team marks a reunion for Pruett and Lexus. The Californian clinched three Grand-Am championships in four years, when Ganassi ran Lexus engines in its Daytona Prototypes, and was also on the winning squad of the ’07 Rolex 24 Hours at Daytona.

“When Lexus left motorsports, I pledged to them that I would be there to help them return when that time came,” said Pruett.  “That time is now and I could not be more ecstatic to be representing Lexus as a performance brand ambassador and on the track in the F Performance RC F GT3.”

Gentilozzi is another Daytona winner, with 24 Hour class victories and an overall victory in ’94 but is perhaps best known as the record-holder for Trans-Am victories. Most recently, his RSR team has starred in the PC category of IMSA’s TUDOR Championship, which becomes WeatherTech Championship in 2016.

Gentilozzi commented: “An opportunity to reunite with North America’s greatest sports car driver and a great friend, Scott Pruett, and Lexus – a globally prestigious brand validating their performance potential – is a racer’s dream, one that would put an exclamation point on anyone’s motorsports career.”