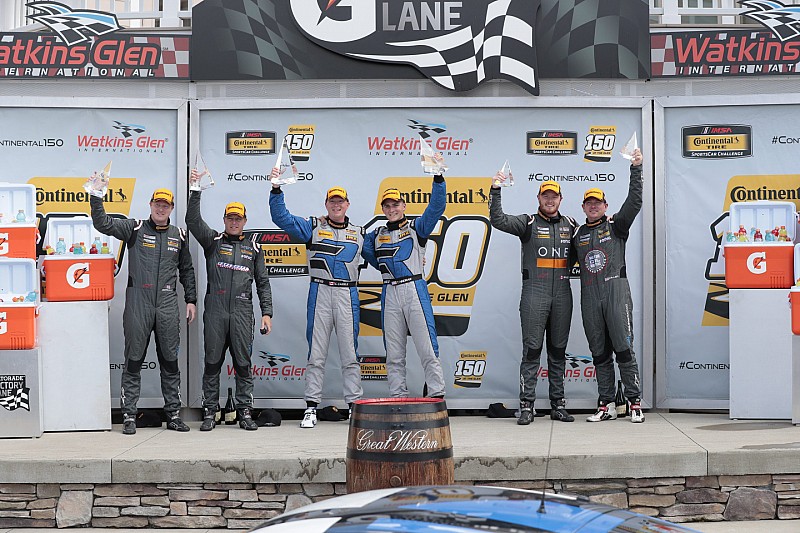 The Bodymotion Racing team took the lead in the final minutes when then-race leader Marc Miller was held up at the top of the esses by a slower lapper.

"This was by far the toughest one yet," said Hindman. "We definitely had some help from lap traffic, but we put ourselves in the position. Ultimately, we did get pretty lucky.

Hindman later added that even without the lap car, he believes they still could have taken the race win. "We had the better car and the better strategy,"

Miller fell to third, allowing his CJ Wilson Racing teammate Tyler McQuarrie to get through and take second overall.

"It was really unfortunate and a lack of judgement," said Miller. "I was on the brakes so hard and went down three gears, watching my gap dissolve .. It was gut-wrenching.

"I don't know what I could have done differently."

In GS, it was Spencer Pumpelly and Nick Galante in the RS1 No. 17 Porsche Cayman. And just like the GS class, the entire ST podiums was made up of Caymans in a dominating performance.