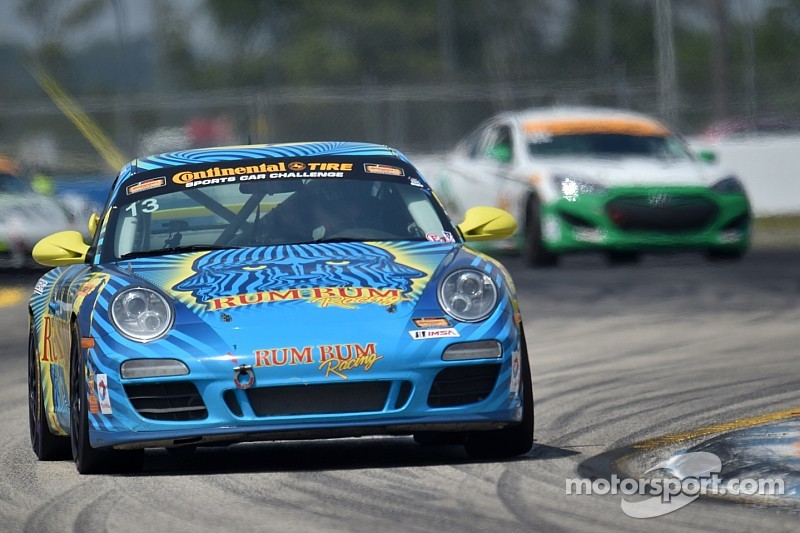 Orlando, Fla. – Luis Bacardi’s Rum Bum Racing is looking to go three-for-three this weekend at Mazda Raceway Laguna Seca. The Orlando, Florida-based team has opened the 2015 IMSA Continental Tire SportsCar Challenge championship with two podium runs in the first two races which included a victory in the Daytona season-opener and a third place finish at Sebring.

Rum Bum Racing and its brother driving pairing – Matt and Hugh Plumb – sit just two points out of the Continental Tire SportsCar Challenge championship lead with 65 points and are hopeful that a good outing at Laguna Seca will leapfrog them to the top.

For us, the toughest part of the track is getting the gearing for the hill.

The team is pursuing its third championship title in its sixth season of competition. The organization took the top honor in 2012 & 2013 and a positive run at Laguna Seca would certainly help add to the championship tally.

Matt Plumb and former co-driver Nick Longhi, who now serves as Rum Bum Racing’s Technical Director, drove to a podium finish of third at Laguna Seca in 2011, but bad racing luck has plagued the team at the track ever since.

Hugh Plumb has scored multiple podiums at the scenic 2.238-mile northern California road course in his extensive racing career. That experience combined with Matt Plumb’s driving expertise and Joe Varde’s strategy atop the pit box has the team eyeing a return to the top.

“We haven’t had very good luck at Laguna in the past couple of years, but it’s such an amazing venue that we forget all the issues we’ve had there,” said Matt Plumb who also serves at Rum Bum Racing Team Manager.

“For us, the toughest part of the track is getting the gearing for the hill. With the Porsche, we don’t have the torque some of the other cars do, so when we can’t make it up through the corners and can’t get it in the right gear we tend to be a little bit behind.But we’ve gotten better on all fronts – power and handling – so we should be fine. I find the Corkscrew (the track’s signature turn) a little surreal. When you’re in the race car, you don’t realize how extreme that elevation change really is. It isn’t until you get outside of the car and watch someone else go through it that you realize how crazy it is.”

Rum Bum Racing will participate in a promoter test day on Thursday followed by two official practice sessions and a 15-minute qualifying session on Friday.