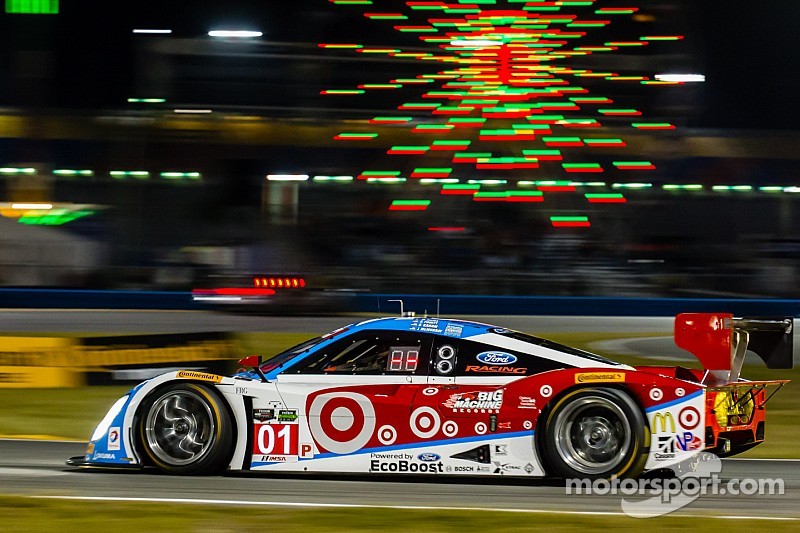 As usual, GT-Daytona leads with 19 entries.

The annual Roar Before the 24 three-day test session at Daytona International Speedway beginning Friday has drawn an entry list of 53, with more possible.

The list has 16 Prototypes, eight in Prototype Challege, 10 for GT-Le Mans, and 19 for GT-Daytona.

There are several 'To Be Announced" driver rosters -- two for the Prototype Challenge entries Muehlner Motorsport America cars, one for a Park Place Motorsports Posche in GTD, and one for a TRG-AMR Aston Martin in GTD. The DeltaWing is also listed with no drivers.

The Turner Motorsports GTD BMW is listed at TBA, but the team announced today that the drivers would be Michael Marsal and Markus Palttala for the entire 2015 10-race Tudor Championship season, plus Andy Prilaux for the longer races.

There are no real surprises on the entry list. In Prototype, there are four Chevrolet-powered entries (including two Action Express Corvettes), two Mazdas, three BMWs, two Fords, three Hondas, a Judd and an Elan.

In GTD, Ben Keating has two Dodge Vipers on the list, with Al Carter as a co-driver as well as regular co-driver Jeroen Bleekemolen, though he is expected to be racing in Dubai. Starworks has a Prototype entry, with Rubens Barrichello listed as one of the drivers. NASCAR is represented by A.J. Allmendinger in Michael Shank's Honda, and in a Ganassi Ford, there's Kyle Larson and Jamie McMurray.