Acuras move to the top in sixth Daytona practice

Ricky Taylor and Juan Pablo Montoya pushed their Acura Team Penske ARX-05s to the top of the times in sixth practice at the Roar Before the 24 at Daytona this morning, before the qualifying session to decide pit stalls and garages for DPi and GT Le Mans classes. 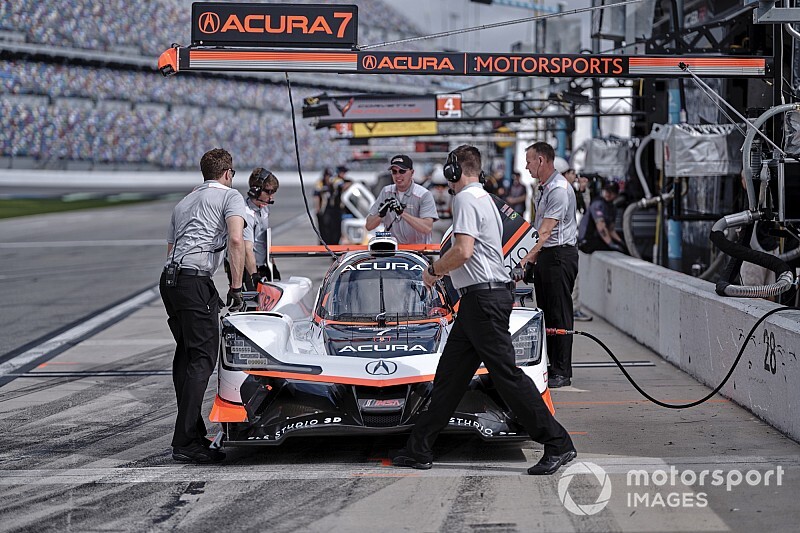 Taylor lapped the 3.56-mile course in 1min33.617sec, with Montoya close behind on 1min33.784sec – both comfortably clear of the next fastest car.

That was the #77 Mazda RT24-P of Olivier Pla which was less than a tenth of a second quicker than the Action Express Racing Cadillac DPi-V.R of Felipe Nasr. The similar Cadillacs of JDC Miller Motorsports, driven by Tristan Vautier and Joao Barbosa were next up.

Ben Hanley’s DragonSpeed Oreca topped LMP2 by around 0.65sec, ahead of Nicolas Lapierre of Tower Motorsport by Starworks. They were all well clear of Simon Trummer (PR1/Mathiasen Motorsports) and Nic Minassian (Era Motorsport).