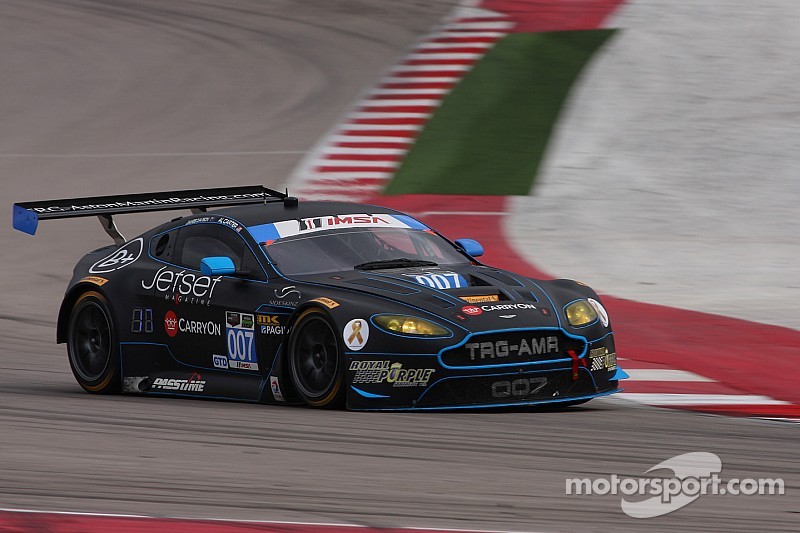 After an exciting racing season of 24 races so far (TUDOR Championship, CTSCC and Lamborghini Blancpain Super Trofeo), it is already time for the final two races of the 2014 season for Al Carter.

Al will be reunited with 2014 Rebel Rock Racing co-driver, Brett Sandberg, for this last race of the 2014 Continental Tire SportsCar Challenge. Carter scored one podium finish in Kansas earlier in the season and is looking to take full advantage of his last 2014 race with Rebel Rock Racing to go all-out and run at the front of the pack at Road Atlanta where the Porsche 997, on paper, should be competitive.

The Petit Le Mans (French for little Le Mans) is a sports car endurance race held annually at Road Atlanta in Braselton, Georgia, USA. The race was founded by Road Atlanta owner Dr. Don Panoz and first ran in 1998 as part of the IMSA season.  The Petit Le Mans covers a maximum of 1,000 miles (which is approximately 394 laps) or a maximum of 10 hours, whichever comes first.

COTA a disappointment for Al Carter

The last race at COTA was disappointing for Carter despite the fact that he started the race on the same pole position in which James Davison scored on Friday. This was the third pole positions in a row this season for Carter's co-driver, James Davison, and the 007 Aston Martin. At COTA Carter took a very good start before a crowd of over 50,000 fans and ran probably one of the best stints of his racing career. He handed the car to co-driver James Davison in 4th place; then Davison went to the lead for a while before the second pit stop. At that point, it looked like the 007 was geared for its first victory in the TUDOR Championship but the gods of racing did not agree with that scenario and during James Davison's pit stop the 007 car suffered a snapped axle and the TRG-AMR team, who was doing so well until that moment, had to retire the car.

"What a feeling to be leading the race at this incredible track!" said Al Carter after the race. "The Aston Martin V12 GT3 is incredible - so potent and capable - but still composed enough to drive on the limit. I had a great time and more than held my own in the top-5 for my entire stint before turning the car over to James. Unfortunately, lady luck had her hand in the game and we suffered a broken axle on our final pit stop. That's racing. I'm really looking forward to getting back in the car with James and David (Block) for Petit - it's going to be a great race."

Before the Austin race, Al Carter visited children battling cancer at the Children's Blood & Cancer Center at Dell Children's Medical Center of Central Texas in Austin. This visit had a significant impact since September was National Childhood Cancer Awareness Month. During the COTA racing week, at Circuit of The Americas in Austin, Al Carter implemented a plan designed with The B+ Foundation and new sponsor and travel partner, CarryOn.com, to promote the fight against childhood cancer and raised money for The B+ Foundation. 500 gold ribbon (symbol of childhood cancer) bumper stickers were distributed to the fans and to teams and drivers to display on their racecars at COTA. Most teams, including the winning CTSCC Fall-Line Motorsports, had the stickers on their cars for the race!

For the CTSCC race the No. 7 Rebel Rock Racing B+ Foundation/Carryon.com/Eagle Tech Systems/Sideskinz/Stinkerz Porsche had a special hood featuring the gold ribbon for the race. During the fan-walk, fans were invited to make a donation then sign their name on the race car. In 30 minutes over 150 fans signed the hood, including IMSA President and COO, Scott Atherton, and $500 was raised! The hood was later bought by an Austin racing fan for $3,000!

In addition, Al Carter's travel partner, CarryOn.com, designed a very special fund raising program. Until October  31 when a fan signs up using the URL (www.carryon.com/bepositive), CarryOn and Al Carter will donate $1 to The B+ Foundation on their behalf.

On Friday night, after the CTSCC race, Rebel Rock Racing team owner, Jim Jonsin, and Al Carter invited a large group of CTSCC team members and fans to the Old School Bar & Grill downtown Austin. Raffle tickets were sold to benefit The B+ Foundation and $750 was raised during the evening!

For the Petit Le Mans race the fund raising for The B+ Foundation will continue. Fans can donate and sign-up for CarryOn.com/bepositive at the CarryOn/B+ display located at the TRG-AMR transporter.