Alex Job and WeatherTech Porsche back for 2015 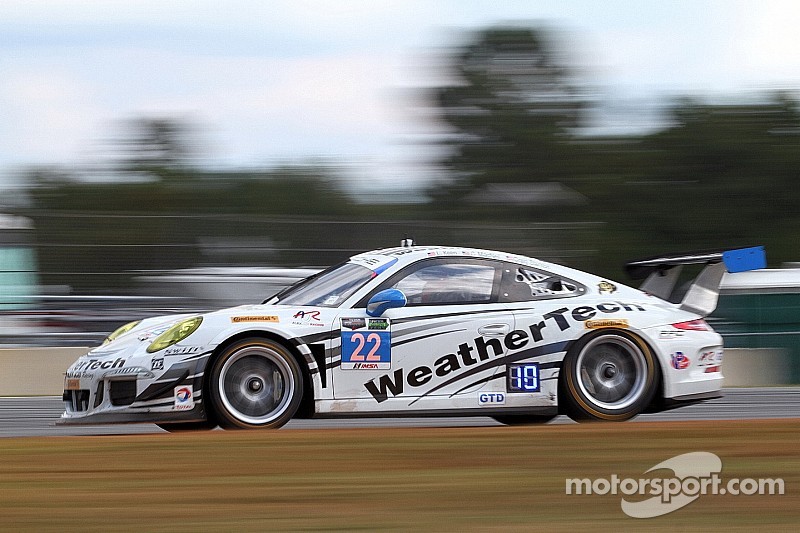 The 2013 and 2012 GTC sports car champions are looking to add a third modern-era championship to the trophy case. Having endured an unusual up-and-down year navigating the new GTD racing landscape, the team is returning with their WeatherTech Racing Porsche that they have continued to develop since Petit Le Mans in October.

Drivers Cooper MacNeil (Hinsdale, Ill.) and Leh Keen (Charleston, S.C.) will again be a tough team to beat as they look forward to the season opening 24 Hours at Daytona.

'Thrilled to be back'

"I am thrilled to be back with WeatherTech and AJR for 2015," Keen said. "The most exciting thing to me is knowing we will have an even better platform for the season to really make a run for race wins and the championship. I really look at 2014 as a warm-up for our 2015 TUDOR season. We were the best Porsche all year and I really think the car will be strong for 2015. From testing at Daytona early this month and thinking back to January the car is a different animal with all of the improvements that have gone into it. The biggest thing is we have gained stability. That, of course, helps with lap times and makes it easier to drive, which is important for a 24-hour race. In addition, the tire life gained from the car not sliding around as much really helps over a stint. I really enjoy the vibe that we have under the AJR tent with Cooper, Alex and all the guys. WeatherTech is just a great company to be associated with and gives us the resources to win."

MacNeil is poised to return to the winners circle as well as the champions table in 2015.

"We had a turbulent season in 2014," MacNeil said. "We had our issue at Sebring, but the team rallied the rest of the year and we went into Petit Le Mans with a chance to win the championship. We were really developing the Porsche on the run throughout last season which made the season that much more difficult. Leh and I still managed to post a total of eight top five finishes, often being the fastest Porsche. It is great that we are continuing with Alex and the team in 2015. We have built a strong relationship over the past four years, which is pretty unique in top level motorsports. We are confident that the series will run much smoother and we are committed to winning races and the championship in 2015."

Team owner Alex Job is ready for another competitive season in GTD. "It is a rare thing in motorsports when you can come back with the same team intact for another season," Job said. "We were able to have some success last season and were in a position to race for the championship at the last race, which is always the goal. We haven't stopped developing the Porsche since Petit Le Mans. We will be heading to Daytona next month with the goal of winning the season opener. With Cooper and Leh running together again and with Aussie V8 driver Shane Van Gisbergen joining them for the 24 we have a lot of experience and speed behind the wheel of the WeatherTech Racing Porsche. The competition level gets tougher every year and we are looking forward to another season of tight racing in the GTD class."

The TUDOR United SportsCar Championship series will return to the track for the traditional Roar Before the 24 practice at Daytona International Speedway January 9-11, 2015 in preparation for the Rolex 24 At Daytona, January 22-25.