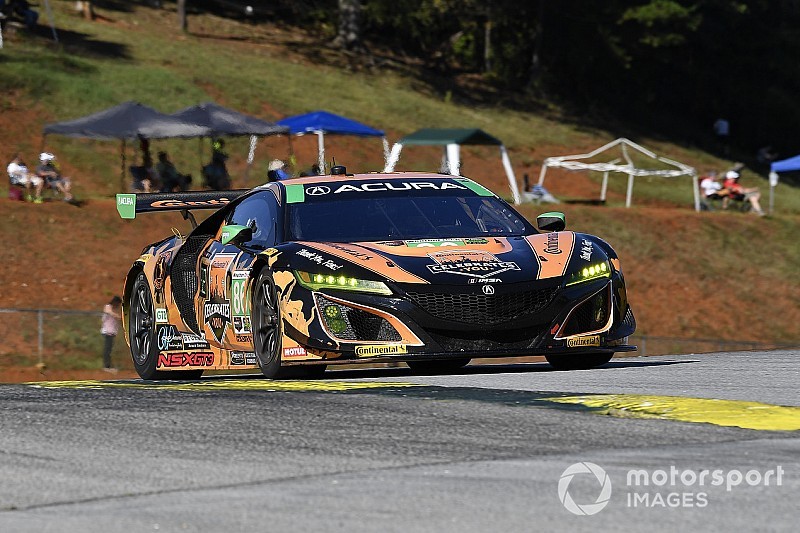 Legge will share the GTD class car with US Air Force veteran and biotech company founder Jackie Heinricher for the full season, with the entry running under the Heinricher Racing/MSR banner and backed by Caterpillar Inc.

Beatriz and de Silvestro join them to form the four-driver line-up for the season-opening Rolex 24 at Daytona, with Beatriz returning for the remaining Endurance Cup rounds.

The team is also targeting a Le Mans 24 Hours entry.

"My vision has long been to bring together a diverse team of four female drivers, some of the fastest globally, to join forces to compete together, and with the support of CAT, I get to see my long held vision become reality," said Heinricher.

"I am excited to be joining Michael Shank and the entire winning MSR team in this amazing partnership and to have the honour to compete with Katherine, Ana and Simona."

Legge is fighting for this year's GTD title in an MSR Acura, and goes into this weekend's Petit Le Mans finale six points behind leaders Bryan Sellers and Madison Snow.

Team owner Mike Shank called the Heinricher project "truly a groundbreaking effort, not only for us as a team but for the series as well".

But her future in the touring car series is uncertain with Nissan withdrawing and a chance to take the retiring Craig Lowndes' place at top team Triple Eight Holden having fallen through.

"All of us girls have a lot of credibility," said de Silvestro of the IMSA line-up. "For myself, it will be a little bit of learning but I am looking forward to it."

Beatriz returned to her native Brazil to race in its Stock Car championship after her last IndyCar appearances in 2013.

"I'd never have thought this could happen in my career if you were to ask me a few years ago but it feels pretty exciting," she said.

"I've known Katherine and Simona for a long time and they had great success where they have raced.

"The MSR team is always fighting for wins and championships in IMSA and I am sure they will do the best they can to get this girl power team in high positions."