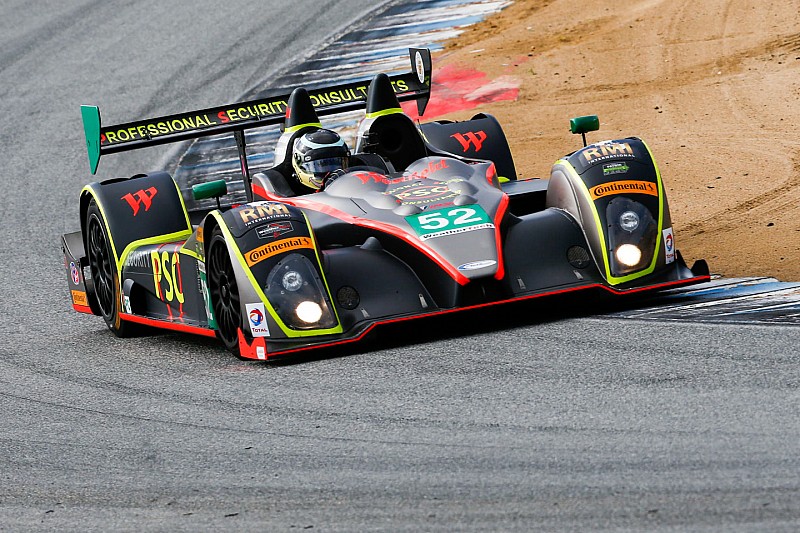 The field has been set for the combined PC/GTD race at Mazda Raceway Laguna Seca.

The No. 52 PR1 Mathiasen Motorsports entry has taken pole position in the secondary prototype class (PC). 25-year-old Robert Alon was at the wheel, scoring his first career pole in just his fourth start.

PR1/Mathiasen Motorsports has claimed Prototype Challenge pole for Sunday’s Continental Monterey Grand Prix, following a heated qualifying session that went in favor of rookie Robert Alon. He will share the car with Tom Kimber-Smith in the race.

The 15-minute session saw four of the spec prototypes battle for pole, with Alon, French, Alex Popow and Matt McMurry all trading the top spot.

The No. 63 Scuderia Corsa Ferrari will start alongside.

The only incident of note was a spin from the Park Place Porsche of Patrick Lindsey, who recovered and will start from third on the grid.

The No. 27 Dream Racing Lamborghini and No. 007 TRG Aston Martin round out the top five.

Mazda tops practice at its ‘own’ track

Mazda locks out the front row at Laguna Seca