At 56, Pruett ready for new challenge with Lexus program 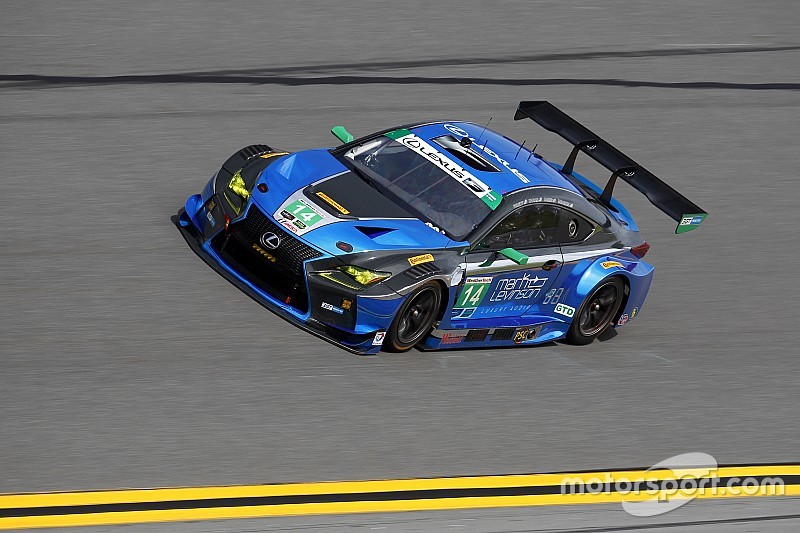 Scott Pruett may be 56 years old, but he has no plans of slowing down.

The veteran driver has joined up with the all new Lexus RC F GT3 program with 3GT Racing for the 55th running of the Rolex 24 Hours at Daytona.

Motorsport.com caught up with the highly successful racer on Saturday morning, where he explained why he chose to join Lexus in their latest endeavor.

“Well there’s so many (reasons). My heritage with Lexus, but also, my heritage in racing. Being involved with Ford on Le Mans, GM with some of their initial stuff, Firestone and their return to Indy ... I love racing, period, but I’ve always enjoyed being involved with development  programs, getting at the bottom level and seeing them move forward. The history I have with Lexus and Toyota (IndyCar days), this is a good match for me and it's exciting times. This is the start. You look at the other manufacturers -- they’ve done it for decades, but somebody had to start that program at some point. You look back and you say, ‘I’m going to be that guy for Lexus.’”

The end of Pruett's driving career

Although still competitive, the 'R' word has to be creeping into Pruett's mind, but there's two things that keep him going.

"As long as I’m still fast and as long as I’m having fun," he told Motorsport.com. "This is a tough sport and you have to continually work hard and train every day. It’s 24/7, 365. As you get older, it gets tougher. It doesn’t get easier with age. I’m digging it, I’m loving it, but certainly, there is a lot more racing in my rearview mirror than in my windshield."

Lexus' race goals and plans for the future

Lexus has brought two RC F GT3s to this event with four driver teams for each. David Wilson, President and General Manager of TRD USA, hopes this is only the beginning.

"What I’d like to see is this be the groundwork for building a foundation under Lexus from a performance and motorsports perspective. We’ve been here before, but it was a brief spurt and then Lexus left. What we’d really like to see is a long-term commitment to motorsports and a commitment to this being used as a platform to help build the credibility of the performance aspect of the Lexus brand. So if we’re back here in ten years, maybe with a GT car, that would be real success from my perspective."

Pruett explained that making it to the checkered flag would be a huge success for the team, a sentiment Wilson wholeheartedly agrees with.

"That’s really what it comes down to. This is an endurance event and a win for Lexus will be to running at 2:30pm in the afternoon on Sunday. That by itself is a stretch goal because this is a new car. We don’t have the miles pounded into it consecutively like we’re going to experience over the 24 hours. We’ve been working nonstop. We got a great team of support and arguably a little bit of overkill. But it’s Daytona, it’s the Rolex 24 so you want to put your best foot forward."

As for making it to the end, how confident is Wilson that one or both cars can make it to the finish?

"Actually, through testing, we’ve had a pretty uneventful period," he said of any potential chinks in the armor.

"There’s not an obvious Achilles Heel. You always worry about your cooling systems, but the saying ‘you don’t know what you don’t know’ is true. With the endurance event, it’s not just the durability, but managing the race and the equipment. Understanding that when the radiator gets packed up, we better get this thing cleaned up before we have a larger issue. But on the surface, we seem to be okay.

"But again, having done this before and having done this with one of the best there is (Chip Ganassi Racing), it’s how you run the race. For us, as a team, working with 3GT, we’re still getting to know each other. When the bullets are flying over your head, you don’t really know how you’re going to respond in a pressure situation. For us, this team is know and we’re looking forward to the green flag. That will help us to work closer together as a team, I think."

Kaz Grala: Daytona 24 will be "Battle Royale all the way to the finish"