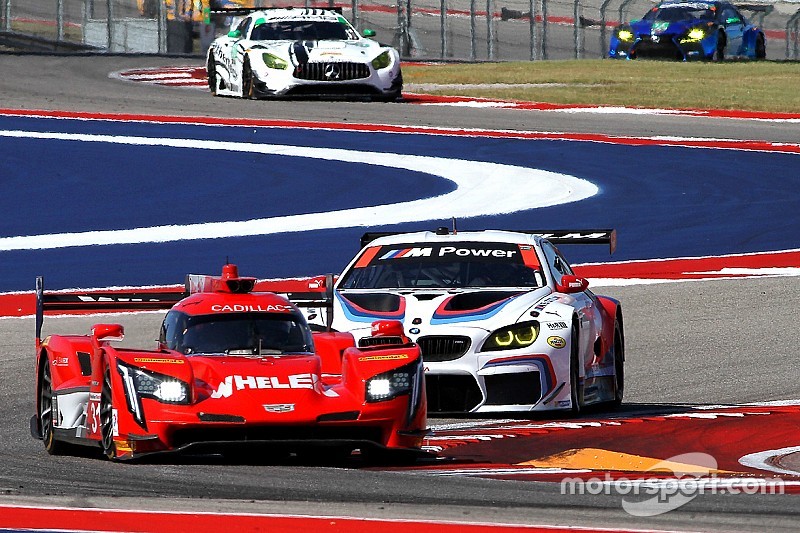 The Action Express Cadillac squad set the pace in final practice for the IMSA WeatherTech SportsCar Championship at Austin’s Circuit of the Americas.

Dane Cameron set the fastest lap of the session in his #31 Cadillac DPi-V.R, two tenths clear of the sister #5 car of Joao Barbosa.

Stephen Simpson was third quickest overall in the #85 JDC-Miller Oreca LMP2, which set an almost identical pace to the slower of the AXR Caddys, with Ryan Dalziel fourth in the ESM-run Nissan DPi, ahead of its sister car driven by Johannes van Overbeek.

Yesterday’s pacesetter, the Wayne Taylor Racing Cadillac, spent much of this session in the garage with an unspecified problem and was only eighth fastest in Ricky Taylor’s hands after limited running.

In GTLM, Giancarlo Fisichella set the pace in his Risi-run Ferrari 488, a tenth clear of Patrick Pilet’s Porsche 911. Alexander Sims was third fastest for BMW, ahead of the second M6 of John Edwards.

Ryan Briscoe was fastest of the Fords in fifth, ahead of Tommy Milner’s Chevrolet Corvette.

Mathieu Jaminet led the GTD class in his Porsche 911, ahead of the Lamborghini of Bryan Sellers and Tristan Vautier’s Mercedes.