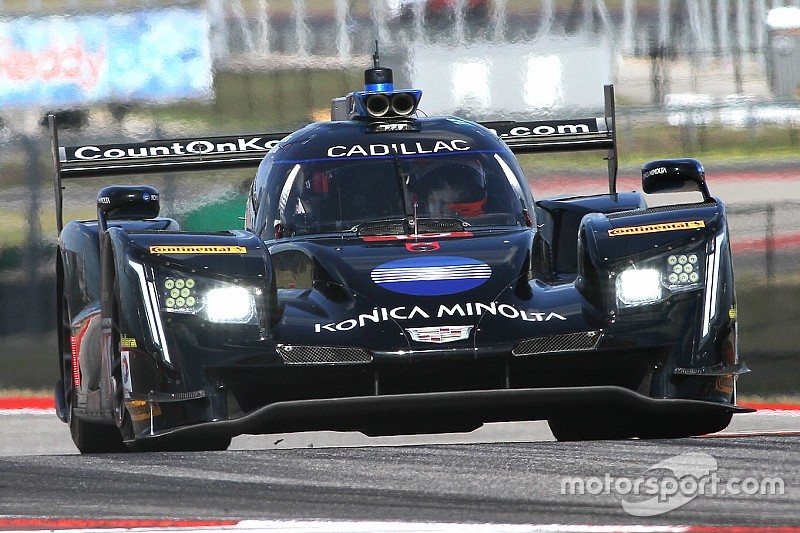 Ricky Taylor dominated qualifying for the WeatherTech SportsCar Championship at Austin’s Circuit of the Americas in his Cadillac DPi.

Despite mechanical woes in morning practice, the Wayne Taylor Racing-run machine was in fine fettle for qualifying. Taylor lapped in 1m55.655s, and then unleashed 1m54.809s – both laps easily quick enough for the top spot.

His pole position margin was 1.592s over Johannes van Overbeek in the ESM Nissan DPi.

“This feels so nice,” said Taylor. “We knew we were good at COTA with our Corvette DP, but we had to reset with our Cadillac. It was on edge, as always, but we’re going to enjoy this.”

Van Overbeek added: “It’s a testament to the Patron ESM team, we’ve been chasing setup and we’ve made it better and better. I wish I had another shot at qualifying.”

The Action Express Cadillacs, which were 1-2 in morning practice, slumped to 3-4 in qualifying, with Eric Curran and Christian Fittipaldi both over 1.6s slower than Taylor’s pole time.

Jose Gutierrez was fastest of the LMP2 runners and will start fifth, ahead of Scott Sharp in the second ESM Nissan.

“I have to say it’s a little bit of a surprise, the BMWs are a bit faster at COTA than so far this year,” said Edwards. “I did my time on lap two, and the others seemed to make mistakes and didn’t beat it.”

Fisichella said: “It’s good, P2, less than three hundredths off pole, and it’s our home race. I think we got good pace and balance for tomorrow.”

They beat the Fords of Ryan Briscoe (who had a big moment on his final effort at Turn 12) and Dirk Muller, who will start fourth and fifth respectively, with Jan Magnussen the top Chevrolet Corvette in sixth. Porsche’s Patrick Pilet qualified seventh.

In GTD, there was a great battle for pole between on-loan Porsche junior Mathieu Jaminet in his Alegra-run 911 and ex-IndyCar racer Jack Hawksworth’s Lexus. Jaminet grabbed the top spot by 0.092s.

“The lap was really good,” said Jaminet. “We improved a lot since practice, so really happy to be on pole for my debut here. This family team made it easy to come here.”

Hawksworth added: “Very happy, we struggled yesterday, and the car was a ton better today.”

Madison Snow was third fastest in his #48 Lamborghini Huracan, but over a second off their pace.

James French will start from the PC class pole, ahead of Stefan Wilson.