BMW has announced it will only compete in the four endurance rounds of the IMSA WeatherTech Sportscar Championship, leaving just three full-time entries in the depleted GTLM class. 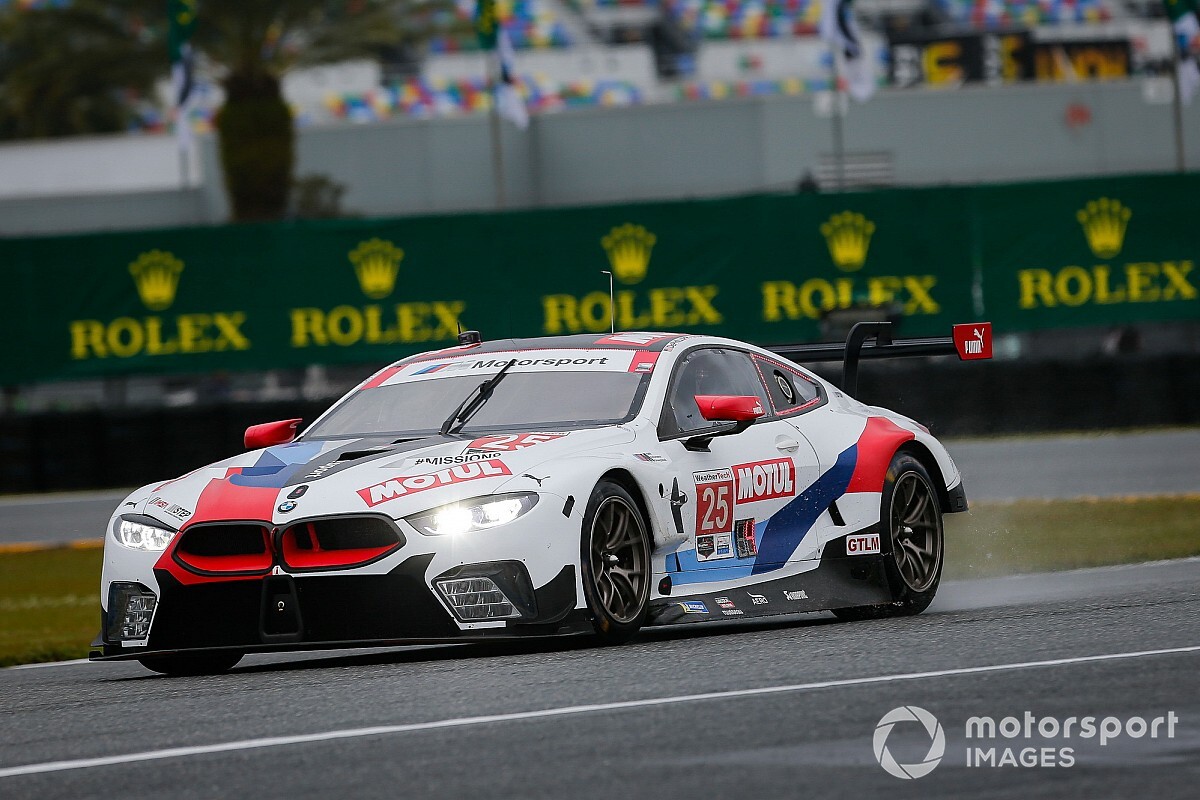 After months of rumours about a reduced IMSA programme the German manufacturer has finally confirmed that its pair of M8 GTE cars run by Rahal Letterman Lanigan Racing will only contest the four enduros on the 2021 schedule as part of the Michelin Endurance Cup.

That means the two BMWs will only run at the upcoming Rolex 24 at Daytona, the Sebring 12 Hours, Watkins Glen 6 Hours and Petit Le Mans.

The pair of factory run Corvette C8.R GTEs will be supplemented by just one full-time competitor, with WeatherTech Racing stepping up from the GT Daytona class to field a Porsche 911 RSR-19.

At RLLR, John Edwards, Jesse Krohn and Augusto Farfus are aiming to repeat their 2020 Daytona triumph. Last year's winners will be joined by Marco Wittmann in the #24 car for Daytona, while contesting the remaining three endurance races as a trio.

In the sister #25 machine Bruno Spengler, Connor De Phillippi and Philipp Eng remain with the team to take part in the four Michelin Endurance Cup rounds.

They are being joined at Daytona by former Formula 1 driver Timo Glock, who represented the German brand in the DTM over the past eight seasons.

“I’m really excited to see what awaits me at Daytona because both the track and the BMW M8 GTE are totally new to me," 38-year-old Glock said.

"I will really use the test drives ahead of the race weekend to get used to everything. I’m particularly looking forward to the very special experience of a 24-hour race, which I last had the pleasure of in 2015 when I competed at Spa-Francorchamps alongside Alex Zanardi and Bruno Spengler."

The traditional Roar Before The 24 test day has been moved to the weekend before the race, taking place on Saturday January 23. The 59th running of the Rolex 24 at Daytona is scheduled on January 30 and 31.

Duval 'feels like a rookie' with full-time IMSA move