The fifth session of the 2019 Roar Before the Rolex 24 at Daytona saw Mazda Team Joest claim the top times, thanks to Jonathan Bomarito, who set the fastest lap the test so far, and Oliver Jarvis. 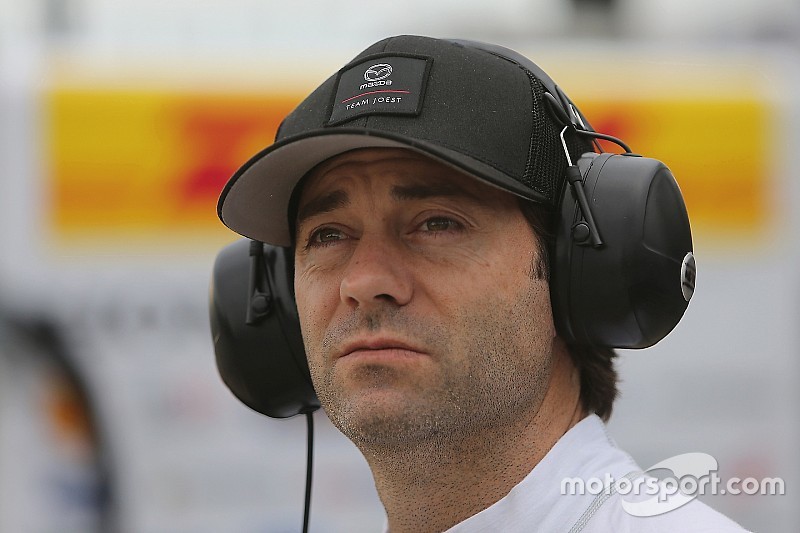 The three-day official test for the Jan. 26-27 Rolex 24 Hours comprises seven sessions, with the final two following on Sunday, three weeks ahead of the first round of the 2019 IMSA WeatherTech SportsCar Championship. And following the theme of the test so far, the fifth session was a matter of Mazda vs. Cadillac.

On this occasion, however, Bomarito’s best effort in the #55 Mazda RT24-P was an impressive 0.444sec ahead of teammate Jarvis and 0.646sec clear of the competition.

That top Cadillac time was set by Action Express Racing’s Pipo Derani in the #31 Cadillac DPi-V.R, with his third-placed car edging teammate Mike Conway by a mere 0.036sec.

Colin Braun turned a strong 1:35.273 in CORE autosport’s first official weekend running the Nissan DPi effort, while Kamui Kobayashi was sixth for Wayne Taylor Racing in the #10 Cadillac that set the pace this afternoon.

Gabriel Aubry put PR1/Mathiasen Motorsport on top of the LMP2 times, 2.4sec from the fastest DPi time and 0.585sec clear of Ben Hanley in the #81 DragonSpeed machine.

The interloper was Miguel Molina in seventh in the solitary Risi Competizione Ferrari 488, ahead of the Corvette C7.Rs of Jan Magnussen and Marcel Fassler.

Fassler might have been faster but Corvette Racing reported to IMSA Radio that the #4 ’Vette had struck debris that holed the floor of the engine bay badly enough to necessitate an engine change.

In GT Daytona, Road To Indy star Victor Franzoni put the Via Italia Ferrari 488 on top, 0.112sec ahead of the similar Spirit of Race machine piloted by Daniel Serra.

Next up was Phil Keen in the Lamborghini Huracan of Ebimotors and Jack Hawksworth in the AIM Vasser-Sullivan Lexus RC F.

Tincknell’s Mazda sets fastest time of Roar Before the 24