Busy week ahead for GMG at Sebring 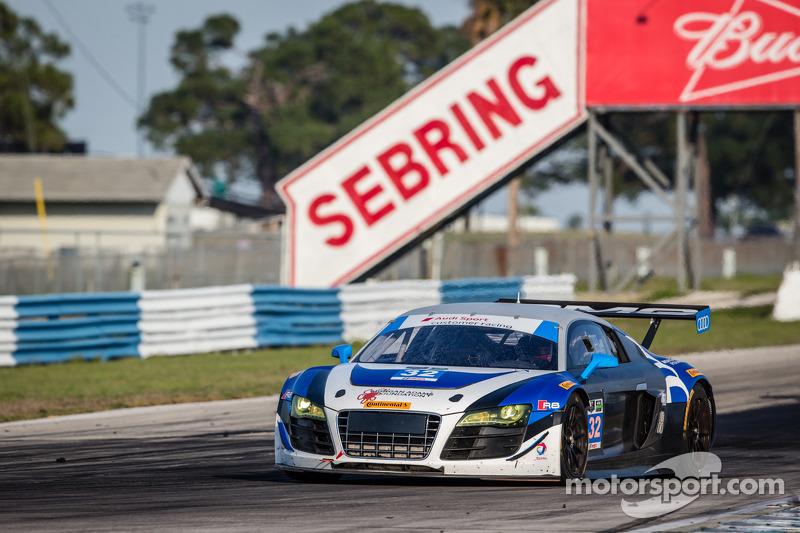 No stranger to Sebring, GMG’s experience during the 12-hour classic dates back to 2010 with the team still searching for their elusive first podium. 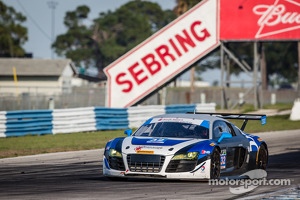 “It’s a really busy time for us, but we’re lucky to be here,” stated GMG team owner James Sofronas. “We’re coming into the 12-hour race on a mission of redemption after Daytona. Everyone on the team really deserves a good showing this weekend, and I’m confident we’re as prepared as we can ever be.”

No stranger to Sebring, GMG’s experience during the 12-hour classic dates back to 2010 with the team still searching for their elusive first podium. Having previously competed with Porsches, 2014 will mark the team’s first Sebring effort with the prolific No. 32 Audi R8 LMS.

After setting some of the top times among Audi machinery during the Sebring test held two weeks ago, drivers Alex Welch, Marc Basseng, and James Sofronas are putting a premium on finishing.

“Daytona came to such a sudden end for us, we really want to see the finish line this weekend,” stated Alex Welch who previously ran at the Sebring 12-hour in 2012. “Our test went really well, and by the end we’d found a solid pace. Balance-of-performance is always a question at these races, but with the Audi we have a great platform and if we keep our nose clean we should have a good day.”

For Andrew Palmer, pressure will be high as he enters the series as the reigning Lamborghini Super Trofeo World Champion. Just six months ago the 19-year old entered the series in search of experience, having never competed in a car race previously. However, after winning in his debut event, the resulting invitation to compete in the Lamborghini World Final would net the Pomona College student a surprise victory among the world’s best in November. No longer regarded as a rookie, Andrew will race this weekend as the focus of his competitors, as opposed to the unknown.

“It will definitely be a different feeling coming to this race as the World Champion,” stated Palmer. “I certainly can’t come in underestimating the competition, as it should be a very competitive field this year. Sebring is a new challenge for me, but I really look forward to it. It’s a historic circuit that everyone dreams of driving, and I’m lucky to come here with the resources of GMG who will go a long way towards getting me prepared.”

For Tom O’Gara, the defending series champion in the sportsman category, a commitment to strong form is at a premium.

“Sebring is said to be a very long, tricky course so I know I need to approach it cautiously,” stated the Californian. “Last year we took a calm, consistent approach and it worked very well for us. I want to continue that this year, but I’d really like to push harder on the development of our pace. It’s up to me to do, but luckily we’re with a team like GMG who has a number of tools to help us learn and work together.”

While running in his first Lamborghini event, Damon Ockey is no stranger to close racing. As a veteran of the Ferrari Challenge, the BYU graduate comes to the series with a vast amount of experience.

The Lamborghini Super Trofeo series will hold their first race on Thursday, followed by their second race just one day later. GMG will provide continuous updates via Facebook and Twitter.

The Mobil 1 Twelve Hours of Sebring will begin at the traditional 11AM start time, with the first three hours of coverage live on Fox Sports 1 and coverage on IMSA.com for the remaining hours.

Ferrari ready for more historic chapters at 12 Hours of Sebring