After dominating the Rolex 24 Hours at Daytona results in recent years, Cadillac drivers are aiming to attack from the start of this weekend’s WeatherTech 240, IMSA’s first mid-summer sprint race at Daytona in 11 years.

Cadillac has won the last four Rolex 24 Hours at Daytona, Wayne Taylor Racing capturing the honors in 2017, ’19 and ’20, and Action Express Racing heading the field in ’18. However, following the mass disruption caused by the Covid-19 pandemic, the second 2020 round of the IMSA WeatherTech SportsCar Championship sees the grid return to the 12-turn 3.56-mile track but for a 2hr40min race on the evening of Saturday, July 4.

Renger van der Zande and Ryan Briscoe, who won in January along with Scott Dixon and Kamui Kobayashi, believe WTR’s Konica Minolta Cadillac will be in the hunt for glory in the WeatherTech 240, despite the very different demands.

“We have done a lot of work in the background to get fit physically and mentally,” said van der Zande. “I am very motivated for Daytona, but we know it is going to be a hard race. I’m feeling very positive going into the race as we’ve been leading the championship for four months! I’m really looking forward to getting started and seeing my team very soon.”

Added former IndyCar and Ford GT ace Briscoe: “Although we’ll be at the same track where we won back in January, this summertime sprint event will be a totally different beast compared to the Rolex 24 winter endurance race.

“There won’t be much opportunity to ease back into things and I look forward to the challenge of being in full attack mode right from the outset.

“It has been a challenging time for everyone on the corporate side of things and I will be pushing hard to deliver for Wayne and all of our partners and supporters.”

For 2020 Action Express reduced to a single full-time entry but it is driven by former F1 driver Felipe Nasr and Pipo Derani. The latter was part of the last Rolex 24-winning entry to not come from the Cadillac ranks, when he helped steer the ESM’s Ligier-Honda to victory in 2016.

"Daytona is a very special place – it doesn't matter if you're there for the 24 or a 2 hour and 40-minute race,” said the Brazilian. “It goes without saying that it's a place that any driver wants to win no matter what race you're doing there. 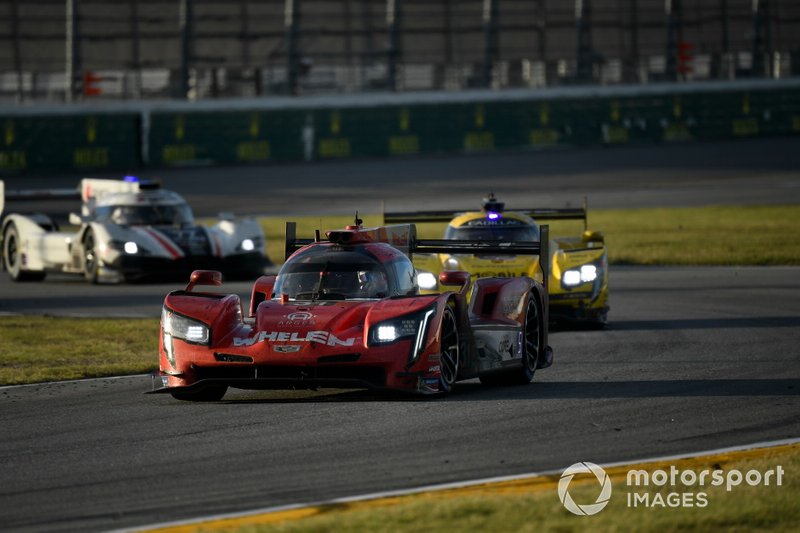 "For sure, winning Daytona in 2016 was one of my best achievements, but that doesn't make it any easier. We are going into this race with a completely different approach because it's a much shorter race, so I think the dynamics are going to be much different.

“Felipe and myself have been back in the US for a month now. We've been training together. We're getting our minds set to what we had last year. Hopefully, we can start again fresh and go for a victory at Daytona, which would be fantastic.

"I think you're going to see the difference from boys to men," Derani said. "The teams that are really serious and have a protocol on how they work will get up to speed quicker. Our team, Whelen Engineering/Action Express, we've been doing it for so long with the same group of guys. The teams that have been together for a while know what to do and have the edge."

The other two Cadillacs come from the JDC-Miller team, with Sebastien Bourdais and Joao Barbosa sharing the Mustang Sampling-sponsored #5, and Tristan Vautier and Chris Miller in the #85. The revamped squad looked strong at the Rolex 24 in January, finishing third and fifth – although, like Briscoe and Derani, Barbosa is well aware of the altered mindset necessary for Saturday’s WeatherTech 240.

“We were good at the 24, but we know we can be better,” said the former AXR driver. “The race will be very intense. It will be warm and muggy with some different track temperatures than in January.

“We don't have 20 hours to prepare for the last four, so we will have to push from the start. Everyone at JDC-Miller, Cadillac as well as Sebastien and myself will be ready."

Meanwhile Miller observed: “It will be the first sprint race I've done in a prototype in a couple of years and it's likely that I will be starting the race. Taking the green flag and the excitement of the first few laps is something I've missed, so I'm really looking forward to it.

“In January we had a very good racecar, but we were maybe missing a bit of ultimate lap time compared to our teammates in the Mustang Sampling Cadillac. In a shorter format I think it will be important to try to find the last little bit of pace.

“I know my teammate Tristan can be as fast as anyone, so if I can hand him the car in a decent position we will have a chance at a good result.”

Qualifying for the July 4 event begins at 1.55pm, with the race starting at 6.10pm and broadcast live on NBCSN.