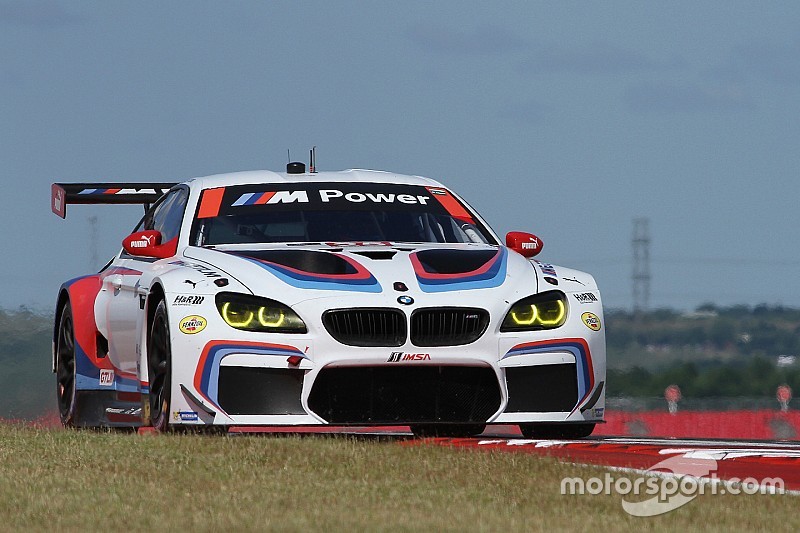 Jordan Taylor put Cadillac on top in practice today at Circuit of The Americas, while Alexander Sims led a BMW 1-2 in the GT Le Mans class.

Taylor took his Wayne Taylor Racing Cadillac DPi-V.R around the 3.427-mile course in Austin, Texas, in 1min56.595sec to pull a 1.1sec gap on the similar car of Action Express Racing’s Christian Fittipaldi.

Stephen Simpson’s JDC-Miller Oreca interrupted the Caddy domination by going hundredths quicker than Dane Cameron in the second AXR machine, while Marco Bonanomi was fifth for PR1/Mathiasen Motorsports in the Ligier.

The Nissan DPi of Ryan Dalziel was 2sec off the pace but that was enough for sixth, while Renger van der Zande was seventh in the VisitFlorida Racing Multimatic Riley. That eclipsed Jonathan Bomarito in the fastest Mazda DPi, Ed Brown in the second Nissan and Tom Long in the second Mazda.

Sims led teammate John Edwards by 0.4sec to sit the Rahal Letterman Lanigan Racing BMW M6s at the top of the GTLM class, with Laurens Vanthoor barely slower in the fastest Porsche 911 RSR. Next up was Giancarlo Fisichella’s Ferrari 488 but the fastest Corvette Racing C7.R, Oliver Gavin’s, was over a second slower. The Ford GTs of Richard Westbrook and Dirk Muller were only eighth and ninth in class.

The SunEnergy1 Mercedes AMG GT3 of Tristan Vautier led GT Daytona, ahead of the similar car of Dan Knox, Bret Curtis’ Turner Motorsports BMW and Katherine Legge in the fastest of the Michael Shank-run Acura NSXs.

Jan Magnussen: We got royally screwed at Long Beach