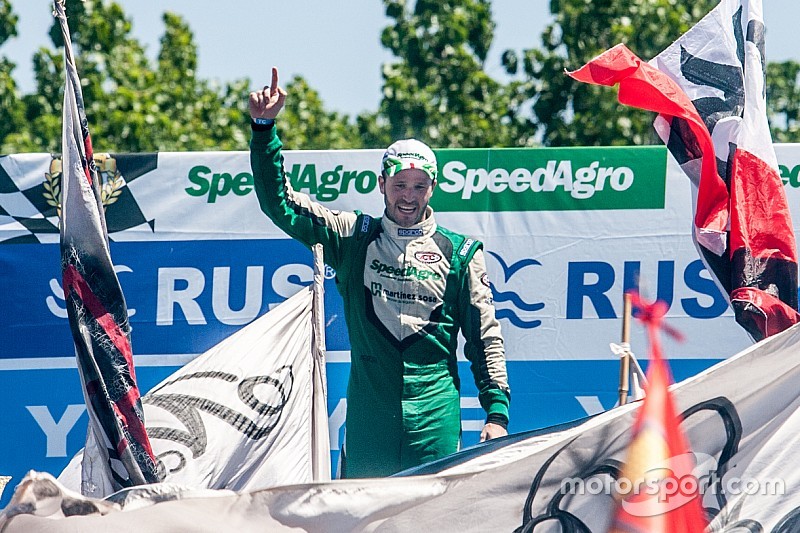 Juncos Racing announced today that Top Race Championship and TC2000 ace Agustin Canapino is to join Will Owen, Kyle Kaiser and Rene Binder in the team’s first shot at the Rolex 24 Hours at Daytona.

Canapino, 28, is the defending champion of Turismo Carretera, the most important racing series in Argentina. He sits third in the standings, eight points adrift the leader, ahead of this weekend’s season finale. He first won this title in 2010, at 20 years old, becoming the youngest driver to achieve this.

Canapino won six championships in Top Race and also the Super TC2000 title in 2016 with the Chevrolet works team, for whom he still races in that series. He finished runner-up in 2017 and ’18 and the support from Chevrolet/General Motors has been one of the keys to him earning a Cadillac ride for Daytona.

He will make his debut in #50 Cadillac DPi-V.R entry at Daytona International Speedway in January’s Roar Before the 24 test.

Canapino declared: “It is the most important day of my sports career. Thank you very much to Ricardo [Juncos] for this opportunity. It's a special moment for me in my career. It's like playing the Football World Cup for me. It's the chance of a lifetime.

“I would love to win but I am aware that it is the first experience for me and for two of my three teammates. We are three out of four who have no experience in this type of competition.

“For Ricardo it is his first experience also. To be able to finish the 24 Hours being competitive would be like winning, at least in my point of view.

“I am very grateful for Carlos Zarlenga, Jorge Maiquez, and all of General Motors Mercosur, along with my sponsors YPF, Banco Patagonia, and Hector Martinez Sosa. These people have given me the opportunity for the biggest challenge of my career.

“I will give my 100 percent every time I am behind the wheel of the Cadillac DPi-V.R and I am very excited to have the chance to race in one of the biggest races in the world, the Rolex 24 Hours of Daytona.

“I would like to thank [team owner] Ricardo Juncos for giving me the opportunity to join his team and to all of Juncos Racing for the hard work they have put into the build of their new DPi. I am ready to get on track this week as we begin testing.”

Juncos, a fellow Argeninean, added: “This was an effort of all parties, of all sponsors. It's the strawberry on the cake to have a driver like Agustin in a race like this.

“Our team keeps growing and advancing. Being part of the 24 Hours of Daytona is something that even myself doesn’t believe! As an Argentinean I am very happy and proud and grateful".

"Agustin's work on the simulator was impressive, (the technicians) were surprised. From there we began to work on this idea that at the time was a dream and now is a reality.

“We will be working very hard as we face this new challenge as a rookie team competing in the highest level of the IMSA series.”