IMSA GT Le Mans champion Antonio Garcia has admitted he won’t forget in a hurry his blunder in Petit Le Mans that put his and Jan Magnussen’s championship crown in jeopardy until the final stint. 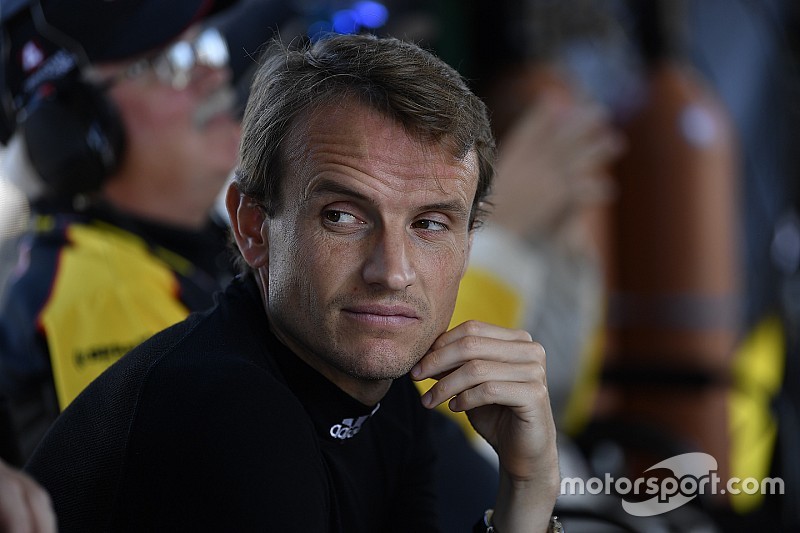 After emerging from the pits on cold tires, Garcia spun the #3 Corvette into the inside wall, pushing its front bumper into the tires, and he had to limp back to the pits and behind the wall for repairs and a checkover.

Having lost two laps, he was down in ninth and last in class, although he made it past the Risi Competizione Ferrari 488 to gain eighth.

But what truly saved his title hopes was the fact that his title rival in the #67 Ford GT, Ryan Briscoe, was unable to get on terms with the leading Porsche of Nick Tandy nor the second Corvette of Tommy Milner.

The Ford would eventually fall behind the two BMW M8s, two, leaving Briscoe and co-driver Richard Westbrook unable to make significant inroads into the nine-point lead that Magnussen and Garcia had coming into the season finale.

Thus the Danish/Spanish pair, who shared the car with Marcel Fassler, clinched their second straight title, the 12th drivers’ title for Corvette Racing and the 13th team title.

Said Garcia: “It was definitely a tough race. From Lap 1, I went in the lead and every time I was in the car I was going for it instead of holding position.

“I'm very happy. It will take me a little bit to forget that mistake, but I'm very happy for the whole team."

Magnussen commented: “The way it turned out, the way the #4 car went in there and really put pressure on changed things around. Fantastic. Such a massive team effort to make this happen.

“I'm so proud to be a part of this. We had a good car and were going to be right there in the mix and the pit exit stuff happened and put everything on its head. It looked like we were out of it, trying to figure out how to still make it happen.

“I think what really did it was the #4 car got sent super aggressively and changed the balance of things. Obviously the #4 car went for the win but they knew why they were doing it. It turned things in our favor."

Magnussen and Garcia thus won the GTLM class title without winning a race.