Elliott aiming to “not mess up” Rolex 24 for co-drivers

Reigning NASCAR Cup champion Chase Elliott says his main intention in his first attempt at the Rolex 24 Hours at Daytona is to not ruin the winning chances of his sportscar veteran teammates. 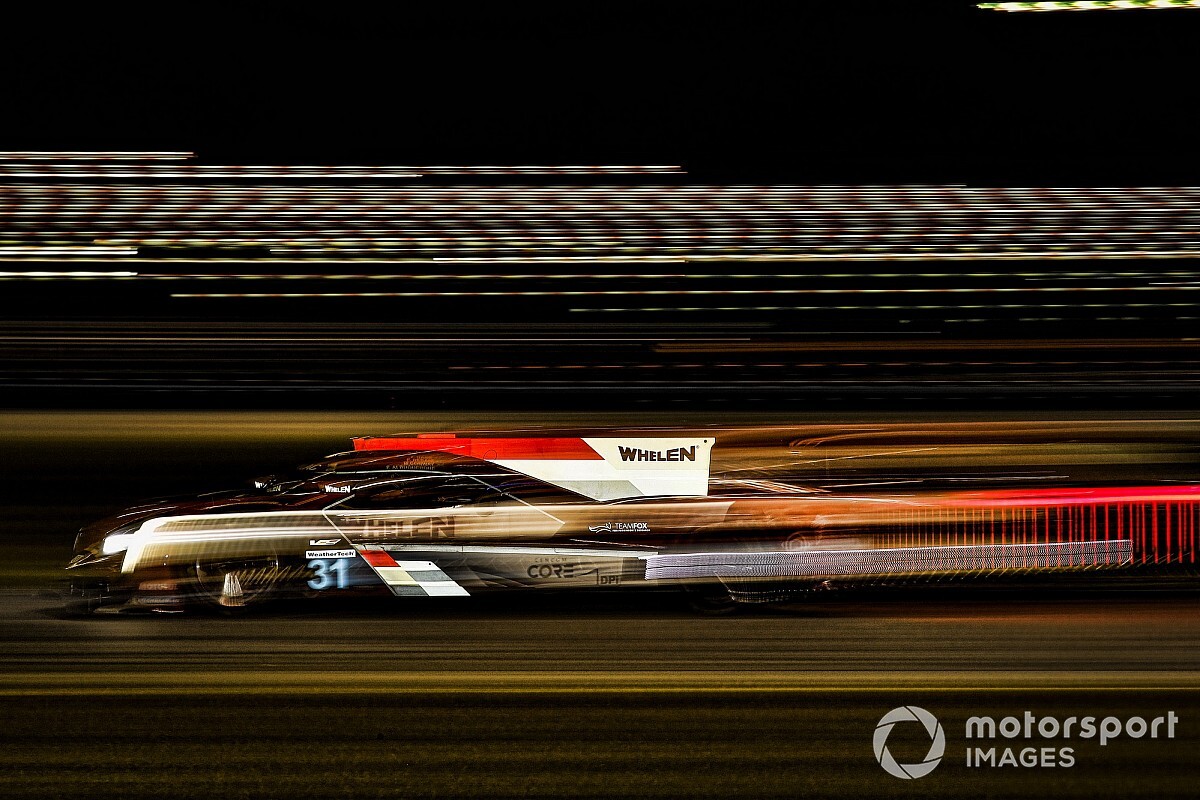 Elliott will be sharing Action Express Racing’s #31 Whelen Engineering Cadillac DPi-V.R with three of the best IMSA Prototype drivers – Felipe Nasr, Pipo Derani and Mike Conway – and the 2020 NASCAR champ is keeping his own ambitions modest.

He told IMSA.com: “I think as you step into a situation like that, the biggest thing is just to not mess it up for them. That’s my mindset. I feel like they would have a great shot to win without me.

“It’s doable with three drivers, it makes it difficult, though, so having four, I think gives the drivers a little bit more of a chance to rest and to also, if someone isn’t feeling well, it makes the process better to have four.

“I anticipate it’s going to be a challenge; I don’t think it’s going to be easy. Those guys that do that stuff all the time are very good at it, and they spend all year long developing and working on the skills to go fast in those specific cars.

“A lot of us that don’t drive those cars all year long, jumping in there in their biggest event of the year is a tough thing. I’m just going to try to learn and to learn fast and hope we can make it to the end.’’

Elliott said that racing the Rolex 24 Hours was “definitely something I’ve had an interest in for a long time and had hopes an opportunity would come up at some point to do it. I didn’t really anticipate it would be this quick.”

Despite five of his 11 Cup wins coming on road courses, the 25-year-old from Dawsonville, GA, said that he didn’t consider himself a natural road racer but that he’d walked into the right environment to learn at Hendrick Motorsports.

“I just really kind of came into a good situation,” he said. “Jeff [Gordon] was a really good road course racer and he and Alan [Gustafson, crew chief] had a really nice foundation and focused on a lot of things that I think are really important on the road racing front.

AXR team manager Gary Nelson has professed amazement at how quickly Elliott was on the pace in the simulator and the quality of his feedback, but the NASCAR champ’s first laps in the Caddy won’t come until the Jan. 22-24 Roar Before the Rolex 24.