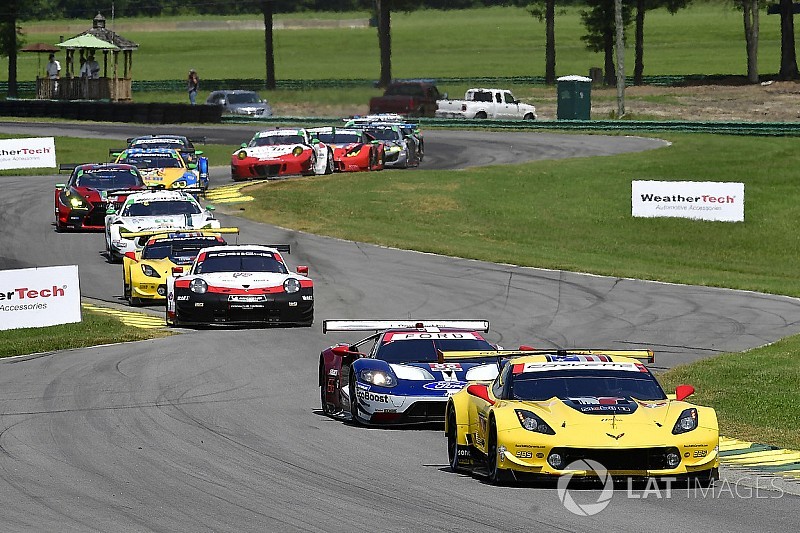 Briscoe’s teammate Richard Westbrook had led from pole position during the first stint of the race at VIR, but Westbrook brought the Ford GT in to the pits reporting a clutch problem. After Briscoe rejoined for a slow lap, the car went behind the wall for repairs.

It would later rejoin to salvage a seventh placed finish, but with Antonio Garcia and Jan Magnussen finishing second, the Corvette duo overtook the Ford pair in the championship.

“It was a terrible result for us,” said Briscoe. “After leading the race and looking strong and being really happy with the car all weekend, there’s just a lot of points thrown away right there.

“It’s disappointing, but the points are still close. We’ve just got to come back strong at the next one at Laguna [Seca] and keep fighting for the championship.”

The new championship leaders didn’t have a straightforward race either, as Garcia sustained a pre-race knee injury, and only drove the first stint. This meant Magnussen had to complete the race solo after the first pitstop, and they take the lead in points despite not winning a race all season.

He admitted: “That was a tough race because of the heat. We had planned on doing two drivers changes, but with a mishap before the race we didn’t want to risk putting Antonio back in so he can be ready for the rest of the season. So I stayed in.”

“It was just a tough race. Our car was good. The hardest thing was just after the safety car when we didn’t stop. I had so much pickup on the tires and I couldn’t get the car going no matter what I did. Traffic destroyed our chance to get the BMW, so it was a matter then of keeping second place. And that was hard work.”

When asked if they could win the title without winning a race all season, Magnussen replied: “Looks like it!”

Garcia added: “Another second, which isn’t exactly what we were looking for. But in the end we’re keeping on with more and more points toward the championship. I’m happy with the race and happy with how Jan drove.

“The injury was unfortunate but I was able to do an hour and then gave it over to Jan for the biggest part of the race. It was really tough and very warm for him, and he drove great. We have the lead in the championship now, so let’s see if we can maintain that.”