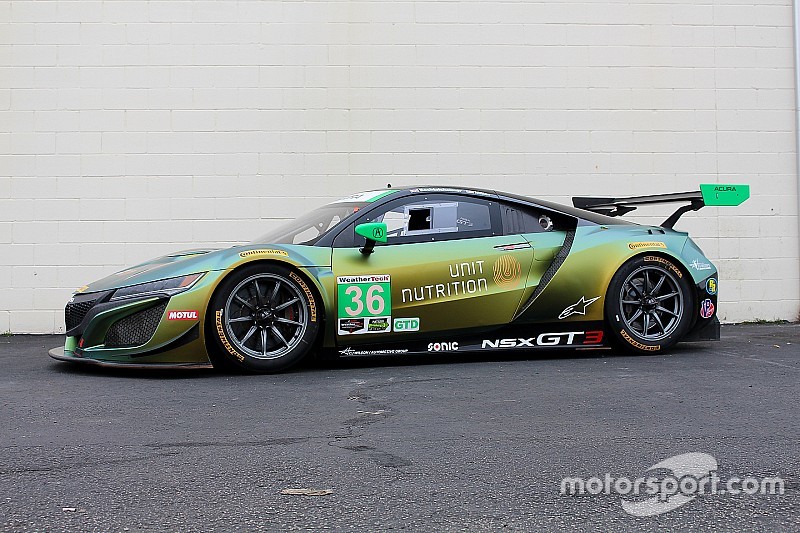 "A player to be named later” will join the squad for the 12 Hours of Sebring.

Said Wilson: “As a young kid watching IMSA races, it was always my dream to race in the premier sports car series. It looks like I still have some time before I race in the WeatherTech [Championship] as a driver, but I’m happy for Marc and Till to take on the toughest track in the country in the NSX.

“We have been aiming to get into this paddock for years but now the real fight begins to see what we can do against the much more experienced teams.

"So, we felt like, ‘Hey, if we're going to go in and spend X amount of dollars, maybe we're better off spending that in GTD, getting our feet wet, and taking a real run at this and being where we want to be, which is having a chance to compete with the best teams in the Western Hemisphere.’”

The team will compete in the three remaining rounds of the Tequila Patron North American Endurance Cup – Sebring, the Six Hours of Watkins Glen and Petit Le Mans. However, team manager Andris Laivins said the team is aiming to add yet more races to its schedule.

“Right now, the plan is to run the remainder of the Patrón NAEC, and hopefully add on a couple other rounds as we go,” said Laivins.

“Last fall, as we approached Thanksgiving, it became clear that putting a proper effort on track for the Roar and Daytona was going to be tough, and the last thing you want to do is show up to the biggest race of the year unprepared, so we made the tough choice to sit it out and keep working.”

The team, which was formed in 2010 and initially raced in the Mazda MX-5 Cup series, and won the Street Tuner title in IMSA’s Continental Tire Challenge. In addition to fielding Porsches in the Grand Sport class last year, Wilson drove in IMSA’s Porsche GT3 Cup Challenge USA.

Miller has made four previous WeatherTech Championship starts and won the GTD class in the 2016 Petit Le Mans, while Sebring will mark Bechtolsheimer’s debut in the series.