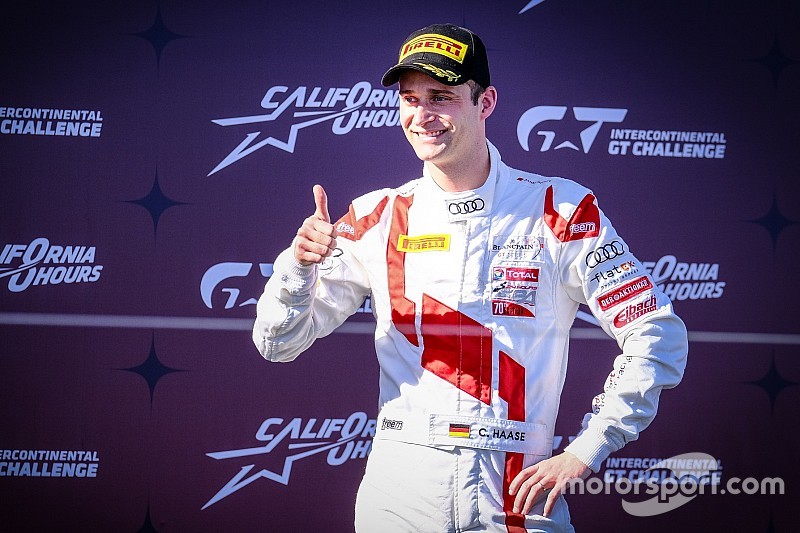 Ezequiel Companc will race for Starworks Motorsport in all four IMSA WeatherTech SportsCar endurance rounds in 2019, with California 8 Hours winner Christopher Haase joining for the Rolex 24 at Daytona.

“I am really happy to join Starworks Motorsport with Peter Baron,” said Haase who also has 24-hour wins at Spa and Nurburgring to his name, as well as Petit Le Mans victory.

“The 24 Hours At Daytona is a prestigious race, and I already participated five times there. It is a race that every GT driver wants to be part of. The race is competition, strategy, and racing at its best. With the Audi we will have a great car that can always fight for the big trophies.”

Companc, who tested with the team Daytona early this month, last year competed in the Blancpain GT series, earning two podiums, and took a win in the ADAC GT Masters.

He said: "It's a new challenge for me to do all of the IMSA North American Endurance Cup with Starworks next year. Everything will be new for me except the Rolex.

“I felt really comfortable with my new teammates, the team, and the car during the test in December, my first time in an Audi. I am sure we will be fighting on top."

Starworks owner Peter Baron said: “I’m proud to have Haase and Companc complete our endurance lineup. Both have had fantastic results and bring the pace we need to win.

“The competition is pretty intense in GTD and I now believe we have one of the best line-ups by adding Chris and Ezequiel.

“We tested two weeks ago with Ryan, Parker, and Ezequiel and had great results. We have a great team environment, which I believe is one of the keys to victory.”