CORE autosport demonstrated it can still be a contender for IMSA WeatherTech SportsCar Championship wins with its new Nissan DPi in last weekend's Rolex 24 at Daytona, reckons Colin Braun.

Following the closure of the Extreme Speed Motorsports team at the end of last season, CORE made a late decision to switch from the LMP2 class to DPi for the 2019 season with a sole Ligier-built Nissan DPi.

The #54 machine, decked out in retro Nissan motorsport colors, ended up finishing fourth - and four laps off the lead - in the hands of Braun, Jon Bennett, Romain Dumas and Loic Duval.

Transmission problems dropped CORE out of the fight for the lead shortly before half-distance, while the car was further delayed late on when Dumas spun and rear-ended the tire barriers in the rain before the race was stopped.

“This is a great result for us," remarked Braun, who along with fulltime teammate Bennett scored two overall victories in CORE's Oreca LMP2 last year. "We got the car less than two months ago.

"I’m really proud of these guys to come out in our first race and be on the back foot a little bit and show that we’re still contenders. It was a good testament to what we can look forward to the rest of the year.

“I have to say that Jon did an amazing job all through the race. After his first stint in the race I think he only lost 20 seconds to the leader, so I’m glad he’s comfortable and having fun in the car. It makes me pumped for the rest of the year."

CORE founder/driver Bennett likewise commended his team for the job it did to get its new Nissan up to speed.

“I think it’s amazing how far we’ve come in roughly two months," said Bennett. "My hat’s off to the whole CORE team for all their hard work. Not just hard work, but smart and effective work to get us competitive in such a short time frame.

"We had a small sensor problem mid-race and I think that was all that separated us from being at the front in the end.

"Fourth is a great accomplishment for our first race with the Nissan and I want to thank my teammates and everyone on the crew for doing such a great job."

Bennett was however critical of IMSA keeping the race going as the weather worsened in the run-up to the race being red-flagged for a second time and ultimately abandoned.

“I’m here to race and compete, but at some point you have to be practical," he said. "I’m afraid if we’d gone much farther someone would have been hurt and that’s not what we’re here to do.

"I’m happy we’re all going home safe, we’re all in one piece, we’ll regroup, add from our experience here and be super competitive at Sebring.” 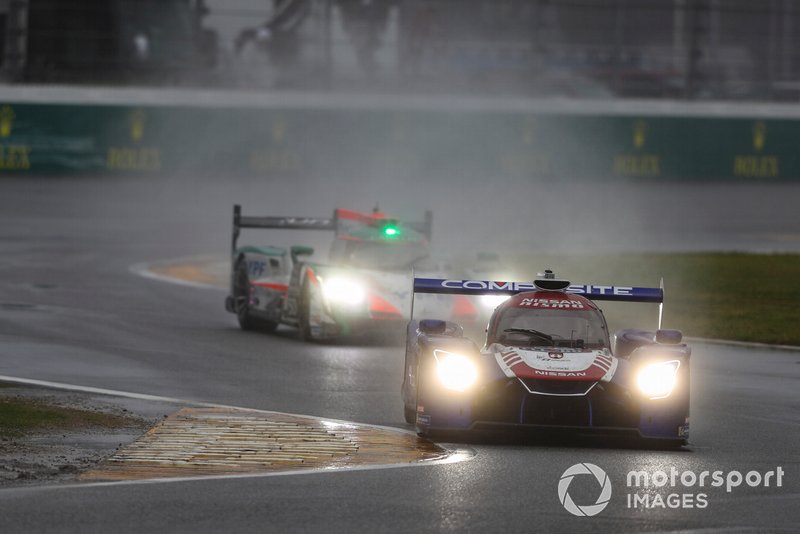