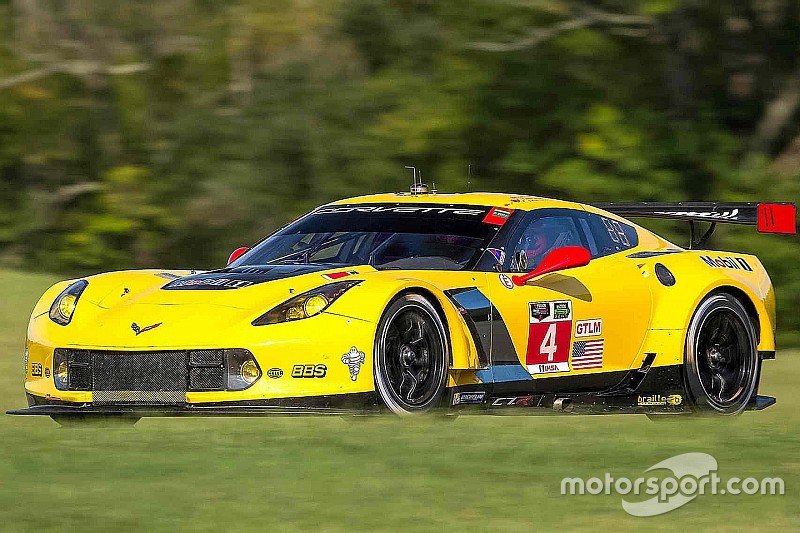 Magnussen and Antonio Garcia arrived at VIR holding a four-point advantage in the GTLM Driver Championship, as does the No. 3 Corvette C7.R in the Team standings with 36 points in each category going to the winners. Chevrolet is seven points out of the class Manufacturer title with 35 points going to the class winner Sunday.

The two-hour, 40-minute race is a GT-only event, giving Corvette Racing a chance at an overall victory. The team focused on race setup during the three practice sessions Friday and Saturday.

A victory would be the second for Corvette Racing at VIR since the team’s first race here in 2012 when Gavin and Tommy Milner were victorious and claimed the American Le Mans Series GT title. Garcia set the fastest lap of the race that year; he and Magnussen placed third in 2013 en route to an ALMS championship of their own.

Corvette Racing and the rest of the IMSA competition this weekend will race on VIR’s 3.27-mile, 17-turn full course. It’s a blend of slower, technical turns early and late in the lap along with an uphill section of high-speed esses and a long backstraight.

Jan Magnussen, No. 3 Chevrolet Corvette C7.R – Qualified sixth: “We made good progress during the morning practice to finalize the race setup. We gave it our best shot in qualifying and tried not to use up the tires too much for the start of the race. That’s how we have to strategize and plan right now. We have a good Corvette under us, and crew and engineers that are more than capable of helping us overcome our performance disparity.”

Oliver Gavin, No. 4 Chevrolet Corvette C7.R – Qualified seventh: “The car felt pretty good, and I think we got all we could out of the package we’re running. The heat and different rubber from the support races made things somewhat tricky in our qualifying. But with the way the rules have been set for the past few events, there isn’t much more we can do to get any closer to our competitors. It’s the same frustrating situation as we faced at Road America. Having said that, there are a lot of smart and talented people from Chevy and Pratt & Miller who are working toward a good setup and strategy for the race. We feel like that’s where our advantage lies.”