Both Corvette Racing driver line-ups were left frustrated after the team split strategies for the Road America round of the IMSA WeatherTech SportsCar Championship, yet neither squad was able to capitalize on the pace of the C7.Rs.

Oliver Gavin started first in the GT Le Mans class in the #4 Corvette after the polesitting BMW M8 GTE was sent to the back of the class grid following ride-height infractions in qualifying.

However, after initially establishing a gap over its pursuers in the opening stint, the C7.R appeared to use up its tires too quickly so that Gavin’s rivals came back at him and he had dropped to second before he pitted for the first time.

He handed over to Tommy Milner – making his return to the series after missing the last two races due to a hand injury – but when he made the car’s second stop with 62mins still to go, the team was banking on a caution period to help it make it to the end without a late splash-n-dash.

As luck would have it, there were no full-course yellows, and so Milner ducked into the pits from second with just five minutes left and ultimately fell to sixth.

“It was a roll of the dice that didn’t work out,” he said afterward. “We were at the mercy of everyone else making a mistake to help us out. Even if we had a yellow, it would have been tough to keep the #66 [second-placed Ford GT] behind. We were definitely at the life of the tire there at the end.

“Today just wasn’t our day. From that side, it’s a little disappointing considering the pace of the Corvette. We were fast obviously, ran up front from pole so to not turn that into a result is frustrating.”

The Corvette Racing team had elected to split strategy and commit to three stops for the #3 car driven by championship contenders Jan Magnussen and Antonio Garcia. Magnussen was running fifth when he pitted after just 25mins, and handed over to Garcia. The Spaniard had cycled to the front of the GTLM pack before he stopped again 65mins later.

His third and final stop came with 30min of the 2hr40min race left and he held a 49sec lead. However, an electrical problem saw the stop extended as the team installed a new battery, and he would ultimately finish fourth.

“We had a decent strategy, I have to say. We committed early to that and basically things were going well until our battery problem. I don’t know how many extra seconds that cost us, so that wasn’t ideal. I lost more time - six or seven seconds - on my in-lap from Prototypes running me off the track on old tires.

“But in the end we had the right strategy. If there had been one yellow in the end, I don’t think the Ford would have had anything for us. We were so good and had 10 laps better tires than anyone else. At the end of the day, we executed well and did what we had to do… We had a car to win.” 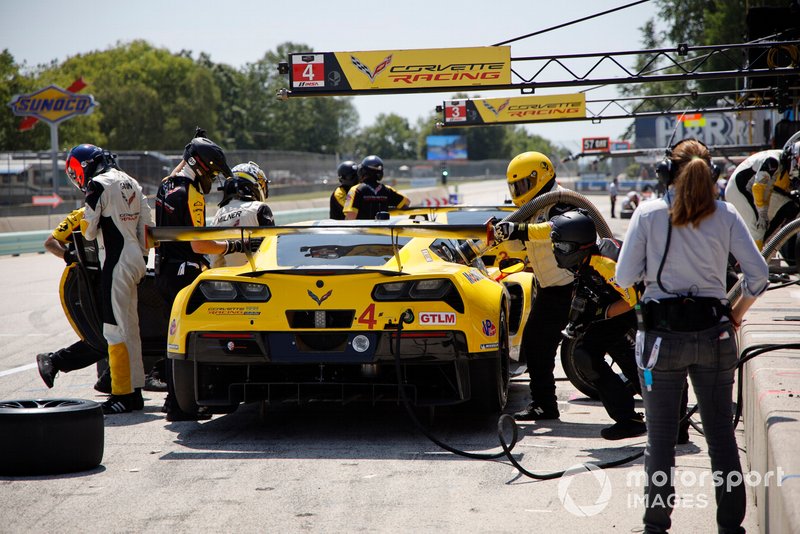 Cadillac’s lack of speed “hard to explain to the fans”