Oliver Gavin says the disasters that befell Corvette Racing in the Rolex 24 at Daytona were largely a result of bad luck in the torrential rain, and that the venerable American coupes were fast in the dry. 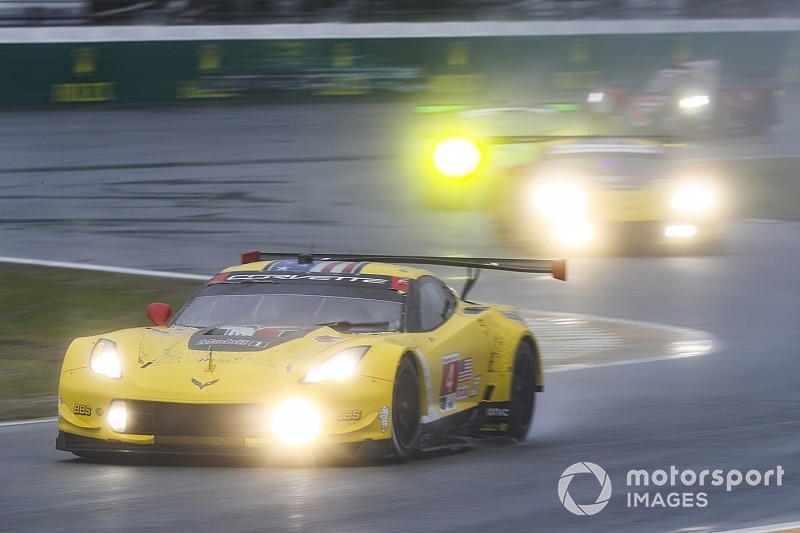 Jan Magnussen’s #3 Corvette took the lead from the pole-sitting Porsche at the start, but the two C7.Rs collided on pitlane during their third pitstop – a hard enough impact to break the steering arm of the Magnussen/Antonio Garcia/Mike Rockenfeller-piloted car.

Despite falling three laps down, that car would come back to eventually lead the class, but an electrical issue that rendered the dashboard intel intermittent also affected the car-to-pits telemetry. This led to Garcia running out of fuel on track just before the halfway point and needing to be towed in, causing the #3 to lose several laps. It would eventually finish sixth.

Meanwhile the #4 Corvette of Gavin, Tommy Milner and Marcel Fassler survived the pitlane skirmish unharmed and was among the five- and six-way nose-to-tail battle for GTLM honors. The C7.R, now in its sixth year of competition, was apparently able to at least match all its rivals for pace, save for the strong traction of the two Porsche 911 RSRs out of low-speed corners.

However, the car lost half a minute when it needed some emergency repairs to the nose section. As the rain came down hard just before the 16th hour, Milner aquaplaned at Turn 1, bringing out the 11th full-course caution of the race as he spun heavily into the tire barrier.

Thankfully Corvette Racing’s American star was relatively unharmed and the car was repaired but it finished 16 laps down on the GTLM winner.

Said Gavin: “Right from the start, it was clear that we had a good Corvette in dry conditions, and it looked like we were very good on the medium tire compound. Normally the way things usually play out, you’re looking forward to dry conditions on Sunday where you’ll be on the tire that we thought would be quickest for our car. I think we certainly would have been able to fight whoever to the end.

“But then the rain came, and … from then on, it was always going to be a lottery. Tommy’s incident was unfortunate and there was nothing he could do. It shows the strength of our Corvette that he walked away.

“The whole team did a great job getting us back out where we didn’t lose so much time. After that, we were just looking at what we could get from the race and score as many points as possible.”

Rockenfeller played down the incident between the #3 and #4, since his car was still able to get back in front, but said the fuel issue was unsalvageable.

“Our Corvette was really good,” he said. “We had good pace in the race.

“We had some incidents obviously. The first one was with our sister car, but it was early in the race. It was no big issue. Things can go wrong – it’s normal under racing conditions.

“Then we were back in the lead and another problem occurred. That took us eight laps down to the leader and basically that was our race.

“So for myself I tried to not damage the car, and the end of the day there was nothing I could do.” 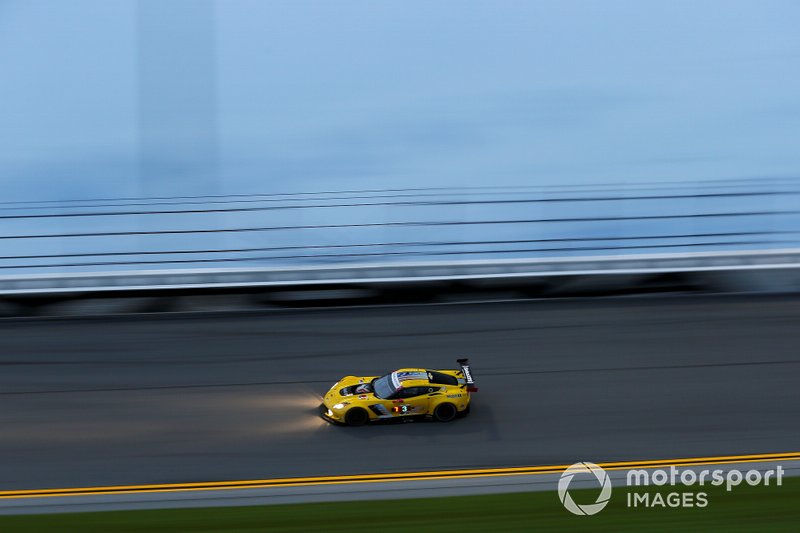 Rolex 24 GTD winner unaware he was in lead