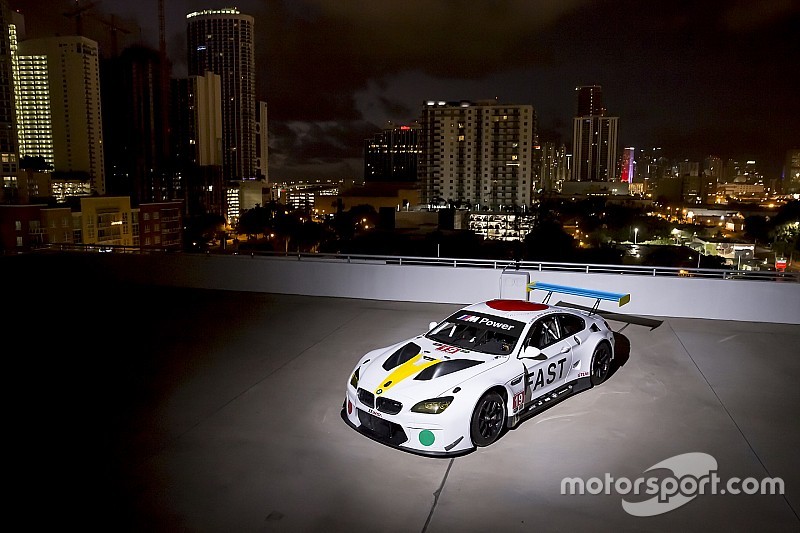 The work of John Baldessari features on the 19th edition of BMW’s Art Car, continuing the marque's four-decade tradition of combining art and motor racing.

The latest BMW Art Car – with an M6 GTLM as the canvass – made its premiere in Miami this evening, with Baldessari himself, BMW’s North American President and CEO Ludwig Willisch, and director of BMW Motorsport Jens Marquardt all on hand for the unveiling.

Baldessari’s Art Car will make its on-track debut at the 24 Hours of Daytona next January, run by BMW Team RLL, as well as having other outings in the IMSA WeatherTech SportsCar Championship. The driver lineup will feature Bill Auberlen, Alexander Sims, Augusto Farfus, and Bruno Spengler.

“It is an honor to add this new masterpiece by John Baldessari to the BMW Art Car Collection today,” said Willisch.

“As one of the most important contemporary artists working today, John joins an incredible group from Calder and Hockney to Warhol and Koons that has contributed to this collection over the past 40 years.

“He has used his signature aesthetic combining colour, shapes and text to create a visually stunning work which will stand out at both the museum and on the racetrack in Daytona early next year.”

American conceptual artist Baldessari applied his famous minimalist style to the M6, with a red, yellow, blue, and green colour scheme, monochrome dots, FAST typography on one door, and a picture of the M6 on the other.

“I have done only one work in my life involving a car before, and that was an image of a car. So for the BMW Art Car project, I entered uncharted territory, not just in terms of the subject, but also moving from two- to three-dimensional art,” Baldessari explained.

“The ideas all came at once; for instance, the red dot on the roof, so you can see it from above, FAST on one side and a picture of the car on the other side. I like the ambiguity, having two-dimension and three-dimension at the same time.

“Considering the car as an icon of contemporary life, my concept turned out playfully satirical, but it also highlights some of the trademark ideas that I use. So you can say, the BMW Art Car is definitely a typical Baldessari and the fastest artwork I ever created!”

After the Rolex 24, the #19 car will be retired from racing and become part of the BMW Art Car collection. A new M6 GTLM chassis will be rolled out for Sebring and, while the livery for the remainder of the season has not been confirmed, a BMW spokesperson confirmed to Motorsport.com that it will not mimic the Baldessari art.

Konrad Motorsport to return to Rolex 24 at Daytona