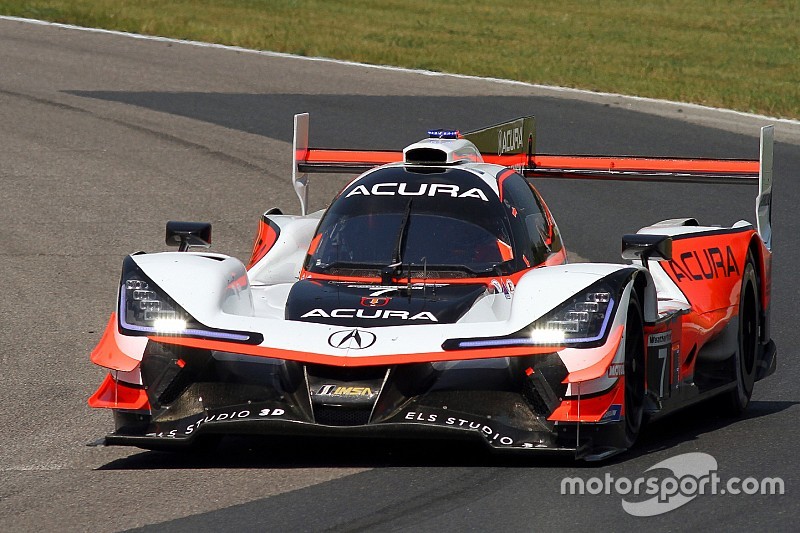 Castroneves lapped the 2.459-mile course in the fastest time seen yet this weekend, 65.632sec, to edge the weekend’s pacesetter Colin Braun by 0.152sec and just narrowly miss eclipsing the 135mph barrier.

Third fastest was the Watkins Glen-winning #55 Mazda RT24-P of Jonathan Bomarito and Harry Tincknell ahead of Pipo Derani’s best effort in the fastest of the Cadillac DPi-V.R’s, the #31 Action Express Racing entry. Tristan Nunez was fifth in the second Mazda ahead of the Juan Pablo Montoya/Dane Cameron-driven second Acura.

Robbie Foley grabbed top spot in GT Daytona in the Turner Motorsport BMW M6 ahead of Ben Keating in the Riley Motorsports Mercedes AMG GT, but the big news in class was Hardwick’s shunt. After making contact with a JDC Miller Motorsports Cadillac, he went off the track and was able to step from the car without obvious hurt. However the Paul Miller Racing team faces a thrash to make the field for tomorrow’s race.