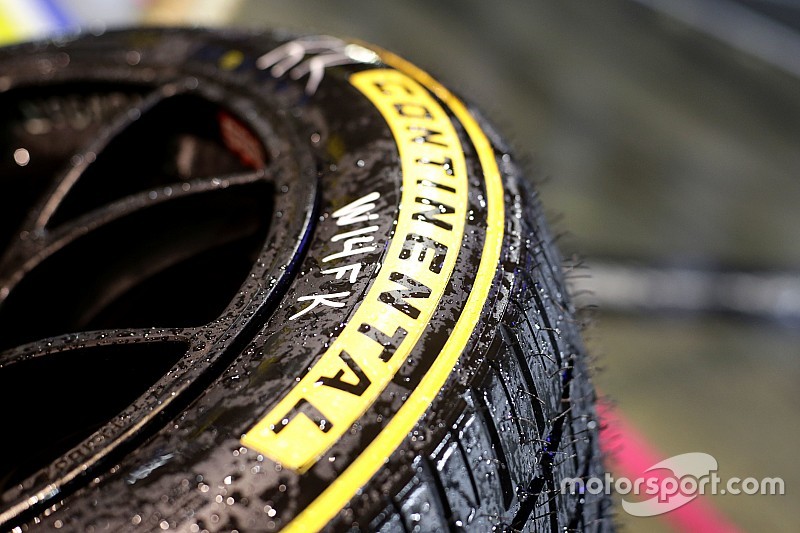 Mother Nature is not cooperating with Daytona International Speedway.

During the 12th full-course-yellow of the race for a stranded PC, the overall leaders made their way down pit road for another set of stops. Marc Goossens is now behind the wheel of the Visit Florida Racing Riley, second to Jordan Taylor in the Wayne Taylor Racing Cadillac.

With just over ten minutes left in the hour, the Safety Car was called back onto the track for weather, marking the 13th FCY of the race. The No. 31 Action Express Cadillac found more trouble with shifting issues. The team was forced to bring the car back behind the wall, now a full 16 laps back and truly out of contention.

The Fords have drifted down the order in these wet conditions, allowing new players to flex their muscles. The No. 62 Risi Competizione Ferrari holds the top spot over the No. 911 Porsche. The highest-running Ford is Dirk Mueller in fourth behind the No. 912 Porsche in third. Seven cars remain within a lap of the race leader.

In the highly competitive GTD class, Mario Farnbacher leads the way in the No. 33 Mercedes. Much like GTLM, six cars are still within one lap's reach of the lead. The closest is the No. 11 GRT Lamborghini Huracan and the No. 57 Stevenson Motorsports Audi.