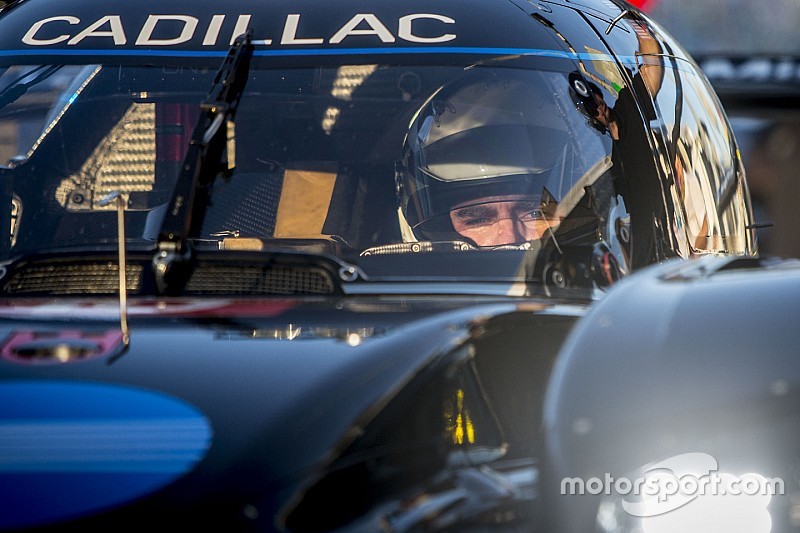 The second hour of the Rolex 24 Hours at Daytona ended with a significant incident.

As the hour came to a close, Scott Pruett lost control and crashed nose-first into the inside wall at the exit of Turn 1. Pruett, 56, was treated and released from the infield care center.

When the clock neared the two hour mark, it was none other than Jeff Gordon leading a trio of Cadillacs at the front of the field. It was Seb Morris second in the No. 31 and Christian Fittipaldi third in the No. 5. Just over 60 laps have been completed by the top running cars.

On a restart with under a minute left in the hour, the No. 70 Mazda went around in the International Horseshoe with help from Jeff Gordon. He also lost the lead to the Action Express duo with Morris in front.

In PC, the Performance Tech ORECA led the field of five with Patrico O'Ward at the wheel. Ford continues to hold their ground at the front of the GT field with Joey Hand holding the No. 66 in the lead. After a poor qualifying effort, the Chevrolets have pushed their way forward with Jan Magnussen up inside the top three. James Calado in the Risi Competizione Ferrari splits the two American manufacturers, running second.

In GTD, the No. 29 Montaplast by Land-Motorsport Audi R8 LMS of Jules Gounon leads the way. He is being trailed by the No. 73 Park Place Porsche and the No. 96 Turner Motorsport BMW.