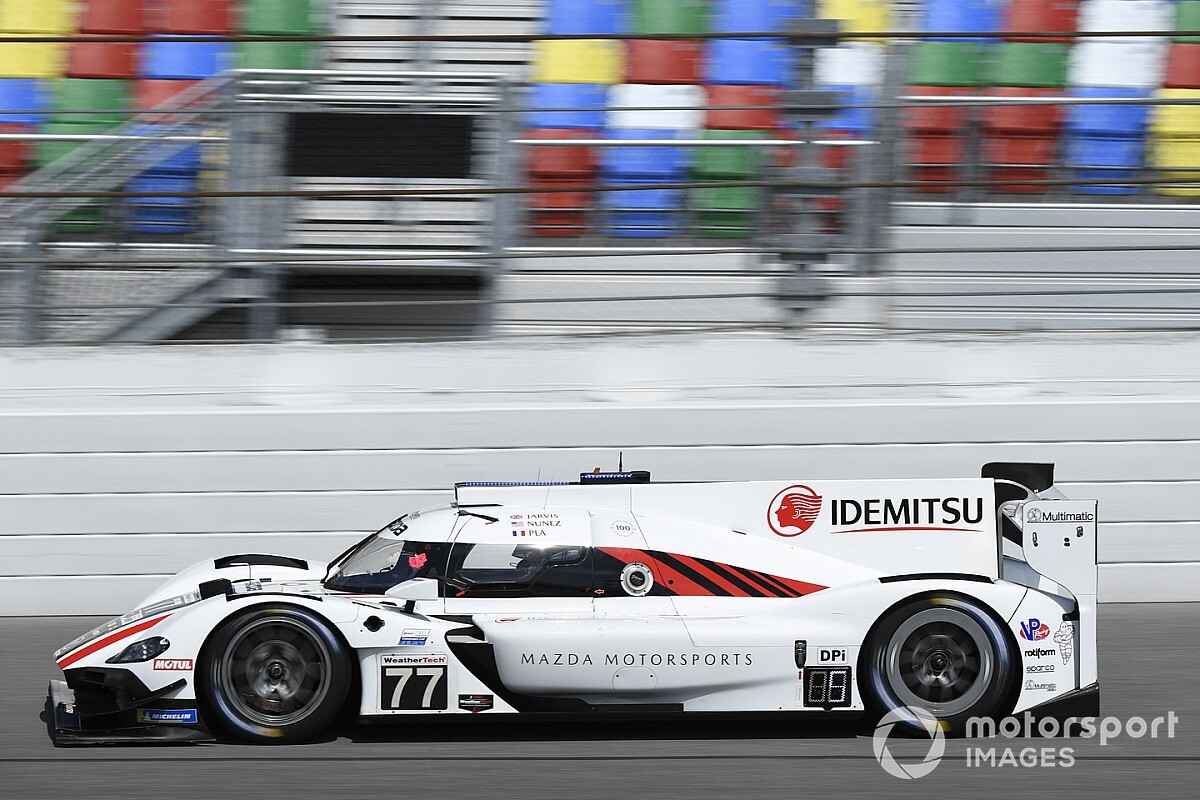 Mazda's Oliver Jarvis finished second practice for the IMSA WeatherTech 240 at Daytona with a quarter-second margin over his nearest pursuer.

The second round of the 2020 IMSA WeatherTech SportsCar Championship, a 2hour40min event, is likely to see one of the turbocharged cars – a Mazda RT24-P or an Acura ARX-05 – start from pole, as these four seem to have a very clear margin over the Cadillac DPi-V.Rs.

And Jarvis, the Rolex 24 Hour pole-winner, appears to be favorite of all, lapping the course this morning in 1min34.398sec to head Helio Castroneves’ Acura by 0.248sec. That was despite the #77 Mazda failing to record a laptime in Friday's first practice session.

A last-lap effort from Jonathan Bomarito in the #55 Mazda saw him fall some 0.3sec short of P1, although he did edge the second Acura Team Penske entry of Juan Pablo Montoya.

The fastest Cadillac was the Action Express Racing #31 car piloted by Gabby Chaves, a late stand-in for Felipe Nasr who has contracted COVID-19.

He headed the JDC-Miller Motorsports Cadillacs and the three-time Rolex 24 Hours winning Caddy of Wayne Taylor Racing which stopped at Turn 1, bringing out the red flag.

In the GT Le Mans class, we look set for a battle royal in qualifying between Porsche and Corvette Racing, after Nick Tandy’s 911 RSR-19 edged Oliver Gavin’s C8.R to top spot in practice by less than one-tenth of a second.

Just one tenth further back was the second Corvette of Jordan Taylor, ahead of the BMWs of Jesse Krohn and Bruno Spengler.