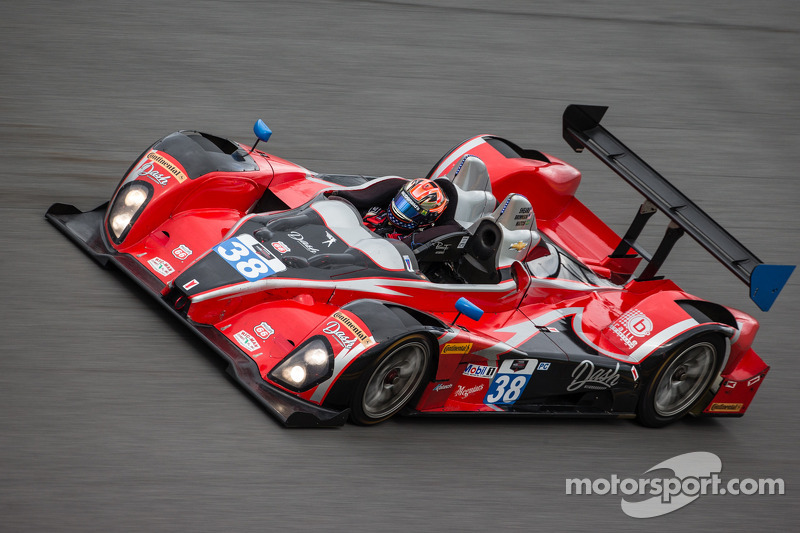 The team will return to Florida at Sebring International Raceway, where it scored a third-place finish in the PC class last year.

After fighting for five days and 22 hours at the Rolex 24 At Daytona, the Mobil 1 Twelve Hours of Sebring Fueled by Fresh From Florida will almost seem simple for Performance Tech Motorsports.

Performance Tech's inaugural run at Daytona was far from ideal Jan. 25-26, but the team engineered itself into a great start for the 2014 season after rallying to finish third in the Prototype Challenge (PC) class in the twice-around-the-clock endurance classic. The team will return to Florida at Sebring International Raceway, where it scored a third-place finish in the PC class last year, with hopes of creating a podium streak. 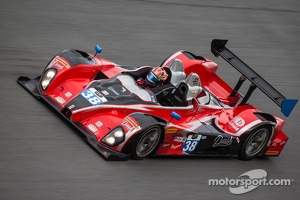 The team's previous experience on the central Florida circuit and the weight of experience gained from Daytona gives Performance Tech a definite edge on its competition. Bringing on last year's PC class winner, David Ostella, doesn't hurt its chances of a second podium, either. But the challenges of the Rolex 24 proved to the team there is no comfort zone in racing.

Performance Tech arrived Monday, Jan. 20 in Daytona with an empty chassis as a car after an incident at the Roar Before the 24 test earlier in the month at Daytona created heavy damage. Upon returning to Daytona, the team worked around the clock building and modifying the No. 38 Oreca FLM09 machine.

"Three weeks before the race, we had parts and pieces of a car," lead engineer Ty Sayman said. "At the track, we had so many problems. It seemed like everything I put in the car had to come out. We had new parts that didn't work. It really chipped away at your confidence, I knew I had the skills, but nobody is perfect, so I wasn't sure what the result would be.

"The day before the race, we literally took apart the car. On top of that, you have limited time to access your garage at Daytona, which makes going to dinner great, but it's not so great when you're trying to work all night. At that point, you're also stressed because you're thinking about waking up the next day and having to be awake for 24 hours."

Relentless work on the car left Performance Tech's drivers little time to hone their craft. For four of the five drivers, this meant less time to learn a track they had never seen. Raphael Matos, David Ostella, Tomy Drissi, Gabriel Casagrande and Julio Campos turned a minimal number of laps to try and reach a comfort level on the Daytona circuit.

Brazilian Matos received only three laps to settle in before qualifying and driving a majority of the Rolex 24. Matos, who won the GTD class in 2008, drove six hours and 27 minutes of the race.

Canadian Ostella, who had never been to Daytona, drove for five hours and 13 minutes after turning only 11 practice laps. Ostella easily handled the course with his knowledge from the last time he drove a PC car; the Canadian won the PC category last year at Sebring. Each of Casagrande's 13 laps in practice served the purpose of learning the circuit. But he also used the time to learn the handling of a PC car. Previously young Brazilian Casagrande competed in karting and a junior stock car series.

Drissi, known as the "Rockin' Moroccan" around the Trans-Am Series paddock, and Campos both came into the race with previous sports car experience. Drissi completed 15 practice laps while Campos turned six. Each of the drivers was a vital part in the team's ability to safely bring home the car on the podium.

By the beginning of the Rolex 24 on Saturday, Jan. 25 the team had confidence in the car but knew that only time would tell if the last-minute changes would be enough to make it through the strenuous race. But Team Principal Brent O'Neill was confident that the car was in all the right hands.

"Daytona was a huge undertaking," O'Neill said. "I have a great group of guys, and everybody pitched in and nobody complained about the long hours. I stressed that even when we were a few laps down to make sure they do not miss anything since we knew there would be very little track time to make anything up. It was not the best week for Performance Tech, but as hard as people tried, they could not beat us down!"

A mistake under caution threw the team nine laps down early on in the race. As it fought back, Performance Tech encountered minor problems with the car overheating but pushed through the night, reaching third place for a brief moment. The car once again fell back in position after an error in the pit box. Ignoring the setbacks, drivers set a pace to climb through the field. With two hours remaining and Matos in the cockpit, the team jumped to third.

"I think we faced a lot of difficulty through the race," Matos said. "We spent a lot of the time overcoming penalties. The series made a rule change the day before the race so that set us laps back, along with many other teams. After making it through the night and playing the catch-up game, the podium was a relief. It was just about keeping the 'never give up' mentality through the whole race."

The crew and drivers were on edge but gained energy with every lap Matos completed near the end of the race. With steady precision, the Brazilian brought the car under the checkered flag and onto the podium.

"We were thrown a lot of curve balls, but we were prepared to overcome them," Sayman said. "During the race, there were actually very few issues. You get tired and everything blurs together, but I can clearly remember the podium in detail. You're tired, ecstatic and you have a sense of accomplishment."

Al Carter to run 007 at Sebring

Marino Franchitti to compete with Chip Ganassi Racing at Sebring