Wayne Taylor Racing continued to strengthen its grip on the Rolex 24 at Daytona as the race reached three-quarters distance, with the #10 Cadillac's lead growing to more than a minute. 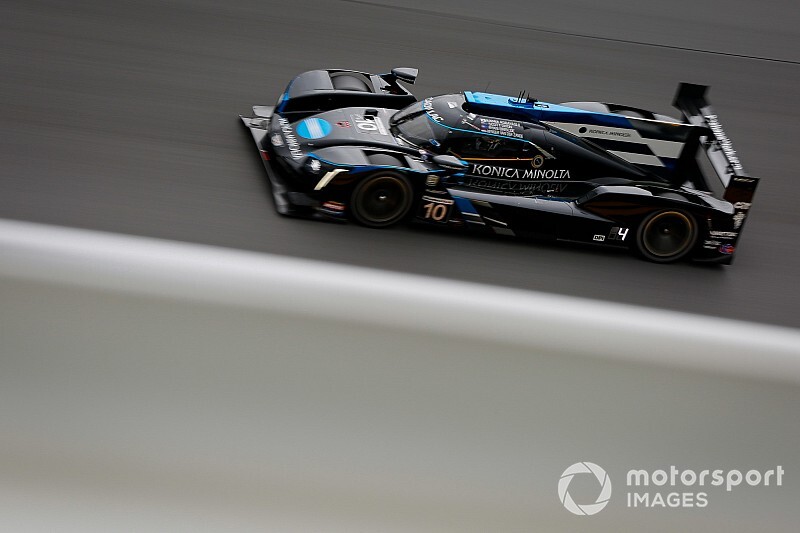 Sunrise at Daytona coincided with the news that the current green-flag period is the longest in Rolex 24 history, surpassing the previous record of 245 laps established in 2018. The lack of cautions also means the distance record of 808 laps is poised to be broken.

Van der Zande set a new fastest lap towards the start of the 17th hour as he continued to extend the #10 car's lead over the #5 JDC-Miller MotorSports Cadillac, the gap between the two cars peaking at 1 minute and 20 seconds before the Dutchman pitted just before the 18-hour mark to hand back to his new full-time IMSA teammate Ryan Briscoe.

Loic Duval took over the Mustang Sampling-liveried #5 car in the previous hour but couldn't keep up the pace of van der Zande and was lying 1m15s down at the top of the hour.

Mazda continued to hold the final spot on the podium with Tristan Nunez aboard the #77 machine, its chances boosted by a puncture for the #31 Action Express Racing Cadillac that forced it into a slightly early stop.

That misfortune dropped the #31 car that had Pipo Derani at the wheel to fifth behind the second Mazda of Harry Tincknell.

Acura's #6 entry had dropped four laps off the lead as the Penske squad opted to shorten the car's stints as it battled the ARX-05's acute bottoming problem.

DragonSpeed has established a commanding lead in LMP2 of four laps after the long-time class leading PR1/Mathiasen Motorsports Oreca had to pit to replace two bent toe-links.

Ben Keating had been at the wheel of the #52 car when the misfortune struck, although he was being reeled in by Colin Braun, who then handed over to Henrik Hedman.

Earl Bamber and Nick Tandy were holding a 1-2 for the Weissach marque in the new 911 RSR-19s, while the #24 BMW had fought its way back up to third with Augusto Farfus at the wheel.

Corvette's #4 car finally returned to the track having lost some 260 laps due to its oil leak, while its sister #3 C8.R continued to run fourth ahead of the Risi Competizione Ferrari.

The Pfaff Motorsports Porsche 911 GT3 R that was forced behind the wall with a driveshaft problem returned to the track after having lost 50 laps.