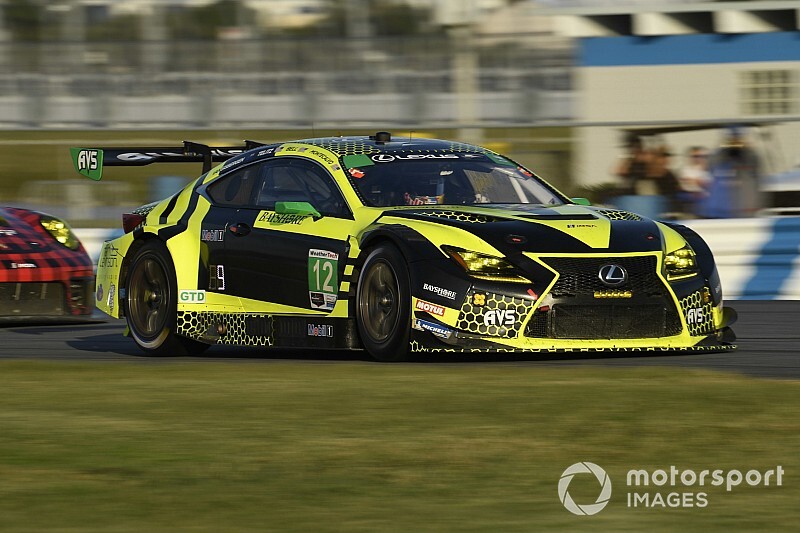 During the session that determines first choice of pit boxes and garages, Keating, who is also racing the Riley Motorsports Mercedes-AMG GT3 in this year's Rolex 24, lapped Daytona International Speedway’s 3.56-mile course in 1min38.056sec.

That was enough to beat Henrik Hedman’s DragonSpeed entry by 0.639sec.

Kyle Masson’s Performance Tech Motorsports’ was next up, relegated to the second row by just 0.017sec, while John Farano was fourth in the Tower Motorsport by Starworks entry. Dwight Merriman’s Era Motorsport Oreca claimed fifth.

Montecalvo set a 1min46.754sec on his fourth lap to put the Lexus on top of GTD, as Matt McMurry’s fifth and best lap in the Meyer Shank Racing Acura NSX GT3 fell just 0.119sec short.

There will be a further practice session for all four classes this evening, 7-8pm local (Eastern) time, with pit box/garage qualifying for the DPi and GT Le Mans classes tomorrow (Sunday).