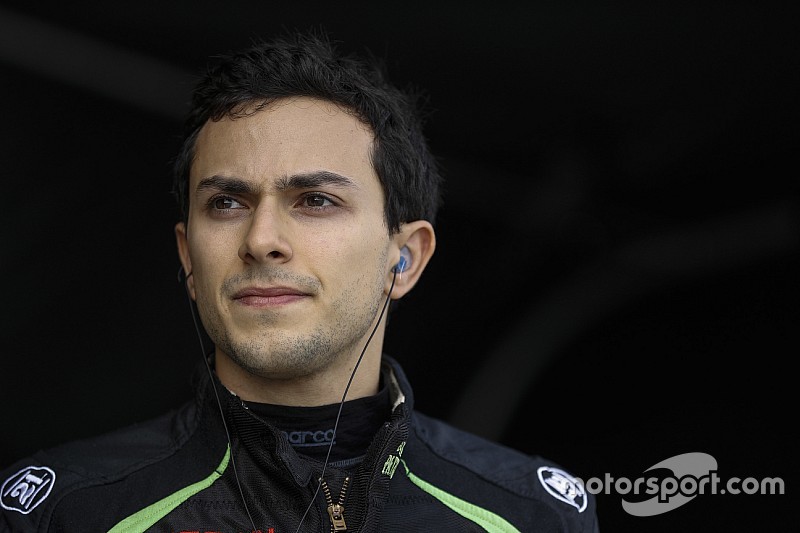 Derani, currently one of the stars of the ESM Nissan team, will thus replace Eric Curran, who will step aside to become the ‘third man’ in the Whelen Engineering-backed Cadillac for the Michelin Endurance Cup races – the Rolex 24 Hours of Daytona, the 12 Hours of Sebring, Watkins Glen 6 Hours and Petit Le Mans.

The IMSA championship-winning squad will again run two cars campaign in the Prototype class, with the #5 car again being campaigned fulltime by Filipe Albuquerque and Joao Barbosa. That car’s third driver will be Christian Fittipaldi for the Rolex 24, before the Brazilian veteran retires. His replacement has not been named.

“Having raced against the team, I am delighted to join Action Express Racing!” said Derani, of the squad that has scored five wins since switching to Cadillac for 2017. “I have seen first-hand how strong this group is. It is a championship-caliber team that consistently delivers. My goal is to fight for the IMSA championship, and so this is an amazing opportunity.”

Of ex-Formula 1 driver Nasr, Derani commented: “We have known each other since karting in Brazil, so have followed each other for many years. We both were in open wheel and then our careers took different turns so it is a cool story that now we are racing together as teammates. He’s a great driver and I’m looking forward to sharing some new success with him next year!”

AXR’s team manager Gary Nelson commented: “We are excited to have Pipo joining us next season as he’s tremendously capable and we’re looking forward to him being a part of our program. We will continue to prepare to race for wins, and are fortunate to be working with the strong drivers that we have.

“Building on our relationships with them only adds to our ability to perform, so it is good to have consistency. Eric has been an excellent asset and I’m pleased that we are able to continue with him for our endurance program next year, and hopefully the team can have a big result as Christian makes his final run in the 24 with us.”