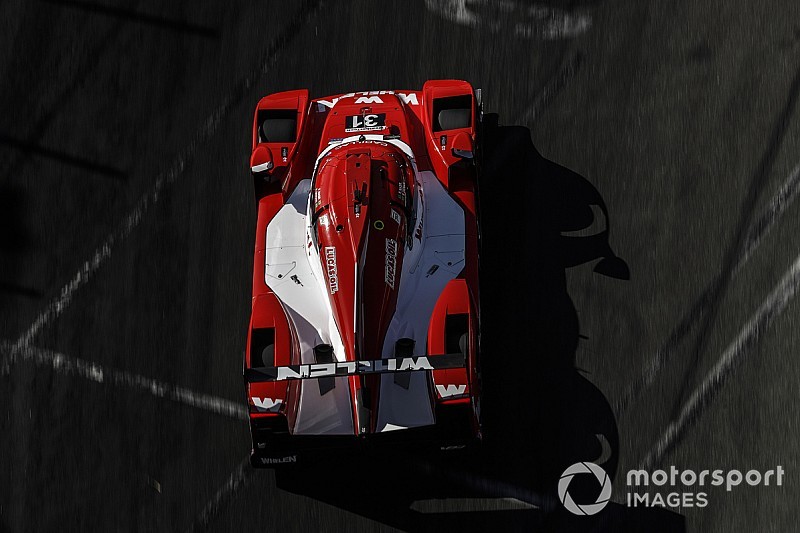 Pipo Derani again drove Action Express Racing to the top of the times in the second practice session for Saturday's fifth round of the IMSA WeatherTech SportsCar Championship at Detroit.

Derani’s best lap of 1min20.387sec in the #31 Cadillac DPi-V.R around the 2.35-mile Belle Isle course snipped another couple of tenths from his morning time, leaving him almost two seconds faster than his pole position from last year.

Yet he was only 0.119sec faster than his closest opposition Renger van der Zander in the Wayne Taylor Racing Cadillac, and 0.223sec up on Helio Castroneves in the faster of Acura Team Penske’s ARX-05s.

Filipe Albuquerque in the second AXR Caddy was fourth, but half a second off his teammate, while the second Acura of Dane Cameron and Tristan Nunez’s #77 Mazda RT24-P were fifth and sixth.

Zacharie Robichon led the GT Daytona times for Park Place Motorsports, but was mere hundredths ahead of Christina Nielsen in the #57 Meyer Shank Racing Heinricher Racing Acura NSX, which set the pace this morning in Katherine Legge’s hands.

Bill Auberlen weaved the Turner Motorsport BMW M6 between the track’s concrete block-lined roads with panache to clock third, while Trent Hindman was fourth in the second NSX.

Compass Racing's McLaren 720S did not run in the session following its altercation with a JDC Miller Motorsports Cadillac in morning practice.