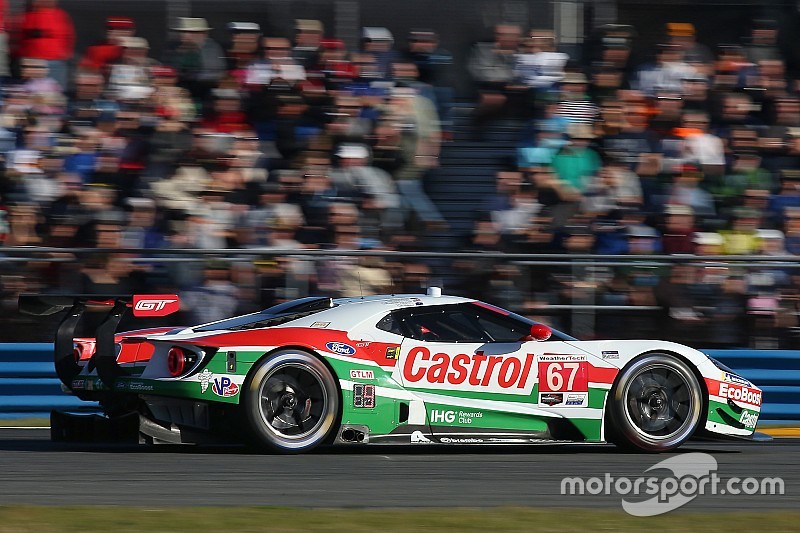 The Fords will line up third and sixth on the nine-car GTLM grid, but the five-time IndyCar champion, who has two overall Rolex 24 triumphs as well as last year’s class victory, says he’s wary of the threat from potential sandbaggers.

Asked who is favorite for this year’s race, Dixon replied: “I don’t know. Porsche have been doing a good job of managing speed, and same with Corvette. They look very strong to me… and the BMWs!

“It’s always a hard game to play. Chip [Ganassi] has won the race for the last two years so that doesn’t bode well for this one. Each year you can see the writing on the wall. It’s a hard formula to race, it can be political. But sometimes you get it right.”

Dixon believes the BoP adjustments for GTLM manufacturers may have been skewed by rival manufacturers not revealing their potential until the final stints at both last year’s Petit Le Mans and Rolex 24.

“I think the BoP adjustment for us this year was pretty harsh considering how the season ended at Petit,” he commented. “It seems two or three of the other manufacturers changed speed with about an hour or two to go, whereas we run the same speed.

"[And at Daytona] it seems last year we were pretty dominant in the first part of the race, but when it came down to the last part we didn’t really see any speed differences.

“So if we stay the same [relative] speed as we qualified [his #67 Ford qualified third] we’ll be looking OK, but I think that will change. We’ll have to have a very smooth race, try to stay out of trouble, and maybe have some distance on them before they turn it up.”

Regarding last year’s triumph, when he, Ryan Briscoe and Richard Westbrook led home a Ford 1-2, Dixon said the paucity of caution flags in the second half of the race was crucial to the result.

“Yeah, I think that’s what caught out Porsche, Corvette and even BMW last year. They changed their pace pretty late in the game, whereas you look at our pace at the end, we definitely weren’t the quickest cars but we had a big gap on them already," he said.

"And then we get criticized for slowing down, when we were actually racing really hard to beat our teammates – which we did in the end.”